Luke and Tinker are the secondary antagonists of Disney's 1991 live action film White Fang. They are Beauty Smith's henchmen.

Both are extremely greedy, cruel, selfish and uncaring. Luke is the announcer of the dogfights, while Tinker is the dog handler.

As Jack arrives in Skagway, he tells Beauty Smith and his friends of his search of Alex Larson. They direct the boy to the Chilkoot pass as they picpocket him, but he is undaunted and makes his way to the pass.

As Grey Beaver and White Fang arrive in Klondike City, they encounter Beauty and their fighting dog, Buck. While Grey Beaver offers animal pelts to a storekeeper, Beauty and the pair instigate a fight between the two dogs and White Fang wins. When Grey Beaver emerges from the store, Beauty and the pair demand compensation for their injured dog, forcing the chief to surrender White Fang. Following a training regimen of taunting and abuse, Beauty and his henchmen enter White Fang in his first fight. He kills his opponent and continues undefeated through numerous fights. Jack and Alex come upon a dogfight in which White Fang is pitted against a pitbull owned by Beauty’s archrival, Sykes. A police raid drives the spectators away as White Fang’s opponent grabs him by the throat. Jack pries the dogs apart with a crowbar, then claims White Fang as restitution for the money he lost to Beauty months earlier. Alex holds Beauty at gunpoint, compelling him to relinquish the dog.

Luke informs Beauty and Tinker, and they follow Jack back to the mine. The next morning, Beauty and Tinker open fire on the cabin and attempt to burn it down. White Fang attacks Tinker, who accidentally discharges his gun, wounding Luke. After the dog subdues Beauty, Jack and Alex take their assailants prisoner and force them at gunpoint to haul gold ore into town. 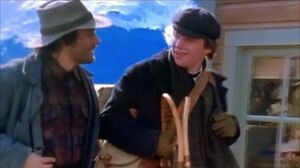 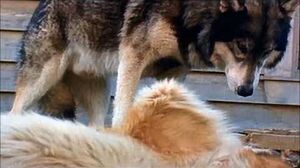 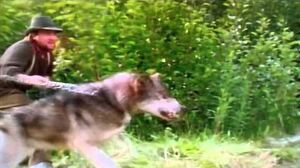 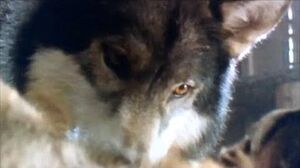 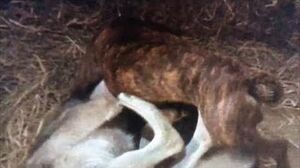 Retrieved from "https://villains.fandom.com/wiki/Luke_and_Tinker?oldid=3472120"
Community content is available under CC-BY-SA unless otherwise noted.