Luminus (real name: Edward "Eddie" Lytener) is a supervillain who is an enemy of Superman in Superman: The Animated Series.

Edward Lytener was a former LexCorp worker working under Lex Luthor but revealed some dirty secrets about Lexcorp to Lois which resulted in Luthor firing Edward Lytener. Edward did it for Lois but she did not notice.

Since then, he began trying to kill Lois Lane, only to be foiled by Superman. Edward Lytener than finally fought Superman in heated hand-to-hand combat using his favorite invention, a suit of armor powered by the solar spectrum energy of a red sun. Lytener was able to match Superman's strength but he managed to defeat him and save the captured Lois Lane.

Lytener later escaped jail through a helicopter and becomes the new supervillain named Luminus with his mind focusing on killing Superman. To do so, he hijacked the satellites of LexCorp and filtered the sunlight so only the red wavelengths get through. He kidnaps Lois Lane and Jimmy Olsen to lure Superman. In the end, Superman rescued them both and defeated Luminus, disabling the satellites in the process.

Luminus made an appearance in the episode of "Only a Dream" of Justice League. He was part of an attempted jailbreak (with Copperhead, Firefly, Solomon Grundy, and Volcana acting as his cohorts) from Stryker's Island. Using his newfound powers with hard light duplicates, Luminus deals a nasty beating to the Flash using solid holograms. Still, in the end, he is defeated by Superman soon after he found the real one.

Edward Lytener is a master inventor, specialized in miniature electronics and light manipulation. Prior to becoming Luminus, Edward developed devices such as laser guns, remote-controls capable of overriding an automobile's functions, and a suit of powered armor that granted him enough strength to go toe-to-toe with Superman (for a while, at least).

As Luminus, Lytener is armed with a laser pistol and a device capable of projecting duplicates of himself or making himself invisible. With proper preparation, he can create any variety of holographic projections, and is even capable of making light solid (was once explained that he makes it solid with just the right kind of laser field). Luminus is also able to project hard light duplicates of himself at will. 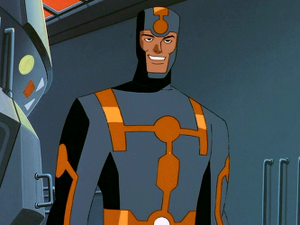 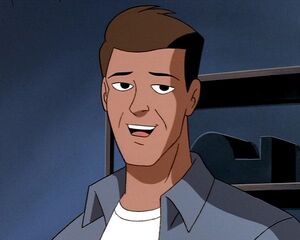 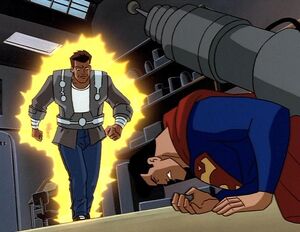 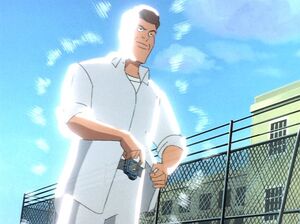