Defeat Yugi and Seto Kaiba in their duel to confiscate their God cards before plunging them to own deaths (failed).

Lumis and Umbra are two Rare Hunters who work for Marik Ishtar and antagonists in in Yu-Gi-Oh!.

Lumis and Umbra each had the same personality seeing as they typically corporate in order to be successful.

Lumis is a short bald man, and Umbra is tall with spiky green hair. They dueled Yugi and Seto Kaiba in Battle City, but were easily defeated when Kaiba summoned Obelisk the Tormentor. They later challenged them to a rematch, with decks specifically designed to take out the Egyptian God Cards. This time, they wore robes, and Lumis wore half a light mask, and Umbra wore half a dark mask. They dueled Yugi and Kaiba in a duel in which, when a player's life points reached zero, the bomb would shatter the glass on the roof, plummeting Yugi and Kaiba to their deaths.

The duel took four episodes, but in the end, Kaiba summoned Obelisk the Tormentor and attacked Umbra's life points directly, defeating him and sending him falling to his own death but he used a parachute to catch onto a pole to save himself. Yugi gave Lumis the chance to surrender, when Marik took over his body and knocked him out.

In the Falsebound Kingdom, they appear in Kaiba's mode on Level 15. They're working for Scott and what happens to them after defeat is unknown, but knowing Scott, they were likely erased. 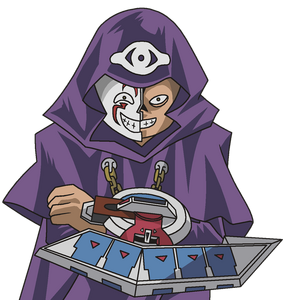 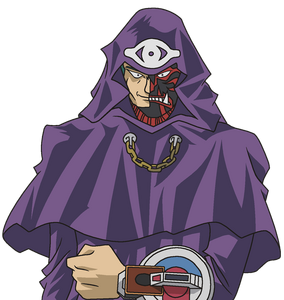