Go on a date with Pamela Anderson (failed).

Old Man Smithers also known as the Luna Ghost is the opening antagonist of the 2002 horror comedy movie adaptation Scooby-Doo.

He was portrayed by Nicholas Hope.

Old Man Smithers was a janitor working at the Wow-O Toy Factory and had a crush on the factory's owner Pamela Anderson and decided to ask her out to which she turned him down. Furious over her rejection, Smithers decided to dress up as the Luna Ghost and haunt the factory out of business as a method of vengeance. When Mystery Incorporated appears on the case, they come up with a plan to trap the ghost only for the latter to kidnap Daphne, the plan is still set into motion however before Scooby and Shaggy accidentally mess it up after being mortified at the sight of the ghost. Fred ends up attempting to spray the ghost with a hose but unintentionally hits Velma instead, knocking her over a balcony and coiling a chain around her leg, Fred himself then has a large net fall on top of him. The Luna Ghost continues to hold Daphne and chase Shaggy and Scooby before the two knock him into a large pile of packaged dolls rendering him unconscious.

Pamela, fans of Mystery Inc, the press and authorities appear on the scene and thank Mystery Incorporated for their hard work and the Luna Ghost is then unmasked as Old Man Smithers who haunted the factory after Pamela has rejected him.

He also made a cameo in Scooby-Doo! Mystery Incorporated as one of the costumes in the Crystal Cove Spook Museum.

Old Man Smithers has a taste for theatricality, choosing to commit his crimes in a glowing white suit and intimidate his victims with pyrotechnic tricks. He shows a sadistic side while disguised, as shown by him scorching Scooby's tail and scaring both Shaggy and Scooby.

He has a fixation on younger women, as shown by him trying to get revenge on Pamela Anderson for turning him down and kidnapping Daphne. He is single-minded, not considering or caring that haunting his place of employment could be harmful to him. 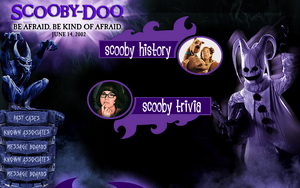 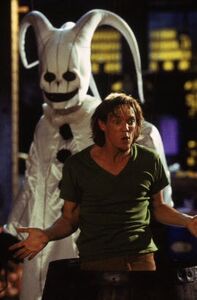 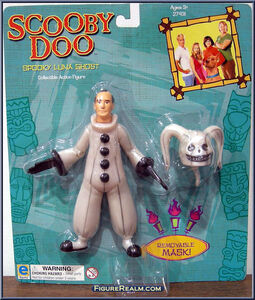 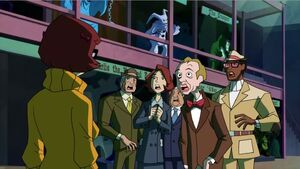 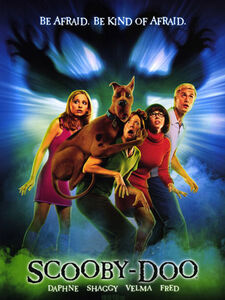 The Luna Ghost as featured on the poster for the movie.