Field Agent of the Seven Homunculi

Aid in the creation of the Homunculous army

Femme Fatale
Lust is one of the main antagonists of the 2017 live action adaptation of Fullmetal Alchemist. She is a Homunculous that conspires with Envy to secretly aid Major General Hakuro in the creation of his army of Mannequin Soldiers.

She was portrayed by Yasuko Matsuyuki. In the English dub, she was voiced by Caitlyn Muncy.

How Lust (and the other Homunculi) came to be is currently unknown, though they consider themselves a tight team, almost like a family.

Lust is first seen with Gluttony at the city of Leto, where Edward and Alphonse Elric have just battled and exposed Father Cornello for his treachery and use of a false Philosopher's Stone. Lust observes them and believes that their search for a Philosopher's Stone may interfere with their plans.

Later on, Edward and Winry Rockbell go searching for Dr. Tim Marcoh, who allegedly created a Philosipher's Stone before vanishing. Edward and Winry manage to track Marcoh down, and Marcoh gives Edward his notes on the secret to creating a Philosipher's Stone. However, as he is about to reveal the secret to the creation, he is suddenly assassinated by Lust impaling his head on her Ultimate Spear. Lust escapes, and Edward is left to decipher the notes himself.

Edward attempts to decipher the notes, and is given a false lead by Major General Hakuro. However, Edward's friend Maes Hughes discovers the real translation of the notes and rushes to warn Roy Mustang, but is killed by Envy. When Edward returns, he and Riza Hawkeye decipher Hughes' last discovery and rush to the secret Laboratory 5. Once there, they team up with Mustang to find Envy, disguised as military officer Maria Ross, waiting for them with an army. Mustang exposes Envy as a fraud and fights him off, allowing Edward to go ahead. There, he finds that Shou Tucker has kidnapped Winry and forced Alphonse to come with him to Laboratory 5 or he will kill her. There, Tucker shows off the secret Laboratory 5 has been hiding: the production of Philosopher's Stones, and how they are made: through human sacrifice through human transmutation.

However, Tucker is suddenly killed by Lust, who tells him that he revealed too much. It is then that Major General Hakuro reveals himself as the true mastermind behind the operation, and reveals his plans to use the Philosopher's Stones to power a mannequin army to do his bidding. He prematurely activates them, and they begin a rampage that kills him. Lust and Envy attempt to leave, but are confronted by Mustang, who burns Lust and rips the stone from her body, killing her. 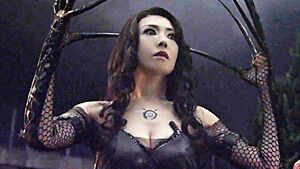 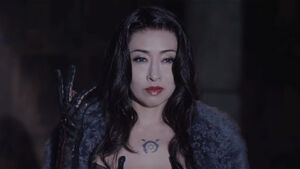 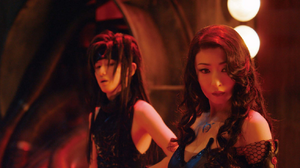 Retrieved from "https://villains.fandom.com/wiki/Lust_(2017)?oldid=3890575"
Community content is available under CC-BY-SA unless otherwise noted.