Fanatical Alien Cults
The Luud Cult (in Japanese: ルード教団), also called Luudism and Luudists, are a fanatical alien cult from Planet Luud that are the namesake worshippers of a huge Machine Mutant known as "Lord" Luud. The cult is led by Cardinal Mutchy Mutchy, who is under the command of Dolltaki (himself acting on behalf of Dr. Myuu).

Around Age 775, the Luud by Dolltaki, and they collects energy to feed into Luud. Regular members of the cult wear religious habits and red masks, while guards wear grey helmets. Cardinal Mutchy Mutchy has also the Para Brothers, as well as other subordinates, collecting the Black Star Dragon Balls for Dr. Myuu.

The cult was ultimately disbanded in Age 789 by Goku, Trunks and Pan who all three defeated their false god.

Reformed members of the Luud Cult also appear in the Shadow Dragon Saga, contributing their energy to Goku's Universal Spirit Bomb so that he could topple Omega Shenron.

Appearance in other media 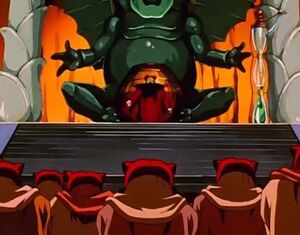 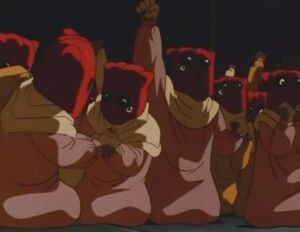 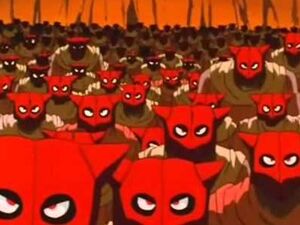 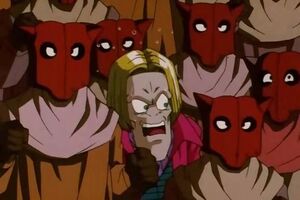 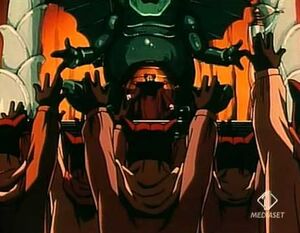 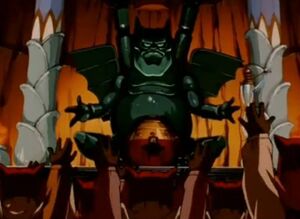 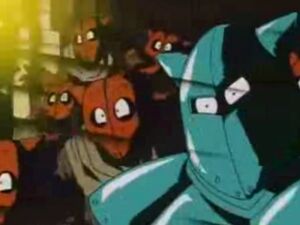 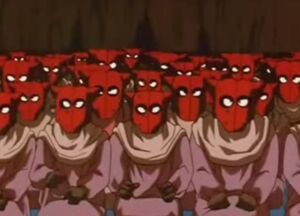 Retrieved from "https://villains.fandom.com/wiki/Luud_Cult?oldid=3515216"
Community content is available under CC-BY-SA unless otherwise noted.