Lydia Limpet was a henchwoman to a highly strung, literary villain called the Bookworm (Roddy McDowall) in 2 episodes of the live-action 1960s TV series Batman. She was played by actress Francine York. The episodes she appeared in were called "The Bookworm turns" and "While Gotham city burns",  which were first broadcast on the 20th and 21 April 1966.

Lydia is fairly tall, dark haired young woman, and wears a red and a black catsuit in the episodes.

Bookworm attempts to kill Batman and Robin and to steal priceless books from the Gotham city library. Lydia plants a bomb in a book in the Bat-mobile, but the assassination attempt fails when the bomb is ejected from the car and blows up in the air. Lydia is caught (though posing as an innocent Bookworm victim) at one point by the dynamic duo and subject unconsciously in the Bat cave to a lie detector test.

Later, having set a trap for the Bookworm, the tables are turned when Lydia manages to disable Robin with knockout gas hidden in a book. Robin is tied to a large bell in the Bookworm's death trap. Batman rescues Robin. However,  later they are both trapped in a giant cookbook and the Bookworm and Lydia try to roast the dynamic duo to  death.  They also steal the Bat mobile.

The heroes escape and catch up with the Bookworm's gang as they prepare to use the Bat-mobile to break into the Gotham library. Lydia hides in a packing crate during the fight which follows, but after the dispatch of the rest of the gang, Robin yanks her out of the box and Lydia is arrested.

Lydia Limpet is one of the more villainous molls in the TV series - one of a few henchwomen who never show any softness, don't change sides, and take a very active part in the evil doing. Hard hearted and ruthless, she is quite prepared to murder Batman and Robin with a bomb, connives to deliver Robin into the Bookworm's death trap, and generally assists  the Bookworm in his larcenous schemes. She clearly has a huge crush on the Bookworm, frequently seen staring adoringly at him, which is reminiscent of the comic and cartoon Batman stories made later featuring the Joker and Harley Quinn.

Lydia is also seen being on the other end of Bookworm's stormy neurotic rages when something happens or is said which he doesn't like. At one point the furious Bookworm picks up a large book to brain Lydia with (but stops to read the volume on "self control" instead). When under arrest in the Commissioner's office, an unrepentant Lydia is carrying a book about famous crimes - which Gordon takes away and chides her about. 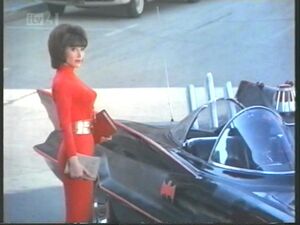 Lydia Limpet plants a bomb book in the Batmobile 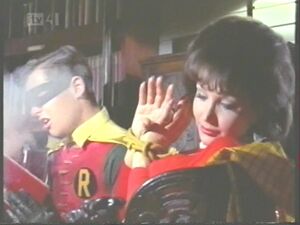 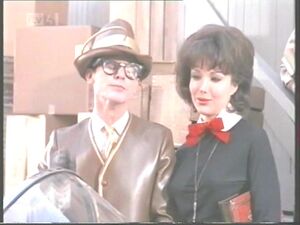 Lydia with the villainous Bookworm 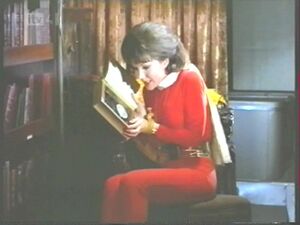 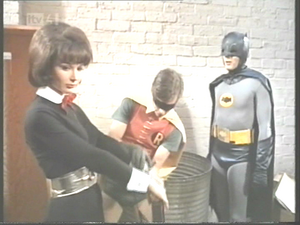 Captured Lydia about to be handcuffed 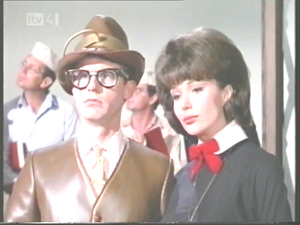 Lydia and the Bookworm in the Commissioner's office
Community content is available under CC-BY-SA unless otherwise noted.
Advertisement