Ma'alefa'ak is the evil twin brother and archenemy of Martian Manhunter, and an enemy of the Justice League, in the DC franchise.

When Ma'alefa'ak mind-raped J'onn J'onzz's wife, M'yri'ah, Ma'alefa'ak was stripped of his telepathic powers and his weakness to fire and his memories of this were erased. Ma'alefa'ak thought that he was the only Martian born without telepathy or a weakness to fire. Because of this, he felt ostracized. Because of this, he created a plague called "H’ronmeer’s Curse". Every time a Martian used their telepathic powers, they would succumb to the plague and burn to death. When this happened, J'onn J'onzz was teleported away against his will to survive. Ma'alefa'ak learned only years later that his brother went to Earth, so he followed him. He's been plotting to defeat his brother and the Justice League since. Ma'alefa'ak encountered his brother more than once.

But, in one of the times Ma'alefa'ak faced off Martian Manhuter, The Manhunter was able to finally silence Ma'alefa'ak by undoing the telepathic block that stripped Ma'alefa'ak of his telepathy. Unfortunately, this also restored his weakness to fire. Because of him not knowing how to activate telepathic barriers to protect him from fire. Ma'alefa'ak was consumed by the sun when Martian Manhunter threw him into a vessel too close to the sun.

Ma'alefa'ak was brought back when the DC Universe was rebooted with the New 52. In the rebooted universe, Ma'alefa'ak and other Earth-born Martians survive the near extinction of their race, and build a giant weapon so they can infiltrate and enslave the Earth.

Malefic appears as one of the lead villains in Justice League: Doom. He is a member of Vandal Savage's new Legion of Doom and is tasked with killing J'onn. He was voiced by Carl Lumbly, who also voiced Martian Manhunter. He ultimately appears to be killed in the film's climax, as he battles his brother he is in the path of the exhaust of Vandal Savage's recently launched rocket.

Ma'alefa'ak has super-strength, speed, endurance, and durability. He also can heal quickly and has the ability to shape-shift. He can live for hundreds of years like his twin brother. Ma'alef'ak can also fly and levitate even has the ability to turn invisible. Unlike other Martians he is not weakened by fire, nor does he have telepathic powers as they where stripped by the Council of Mars because he tortured M'yri'ah. 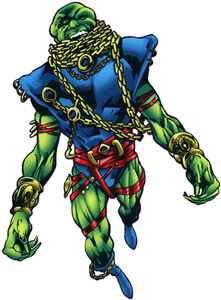 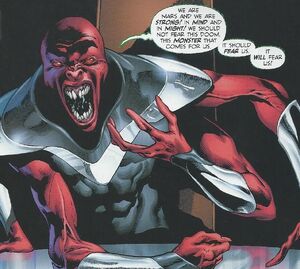 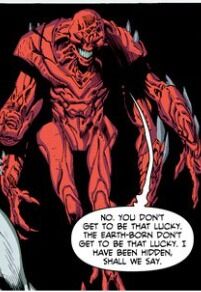 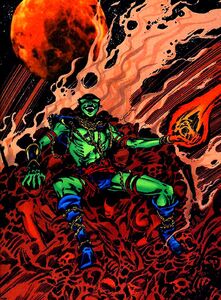 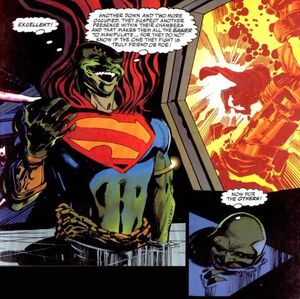 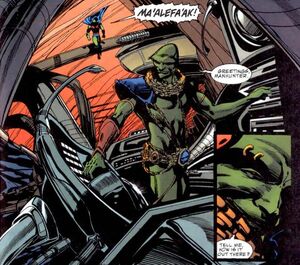 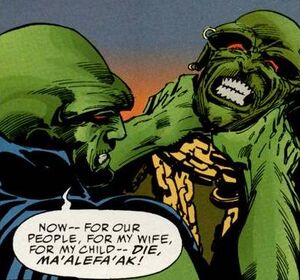 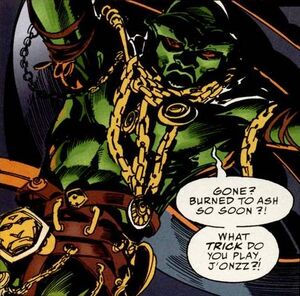 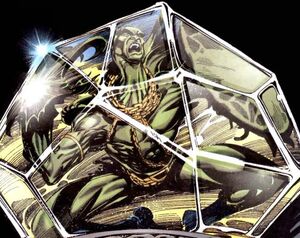 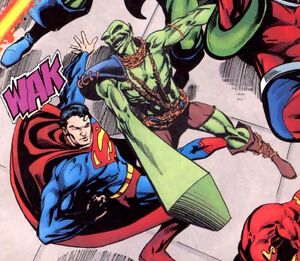 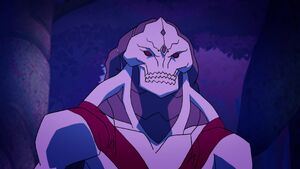 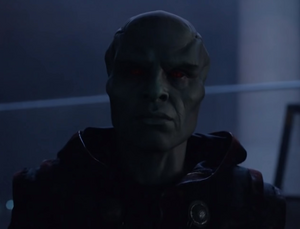