Mac is the secondary antagonist of the 1998 direct-to-video animated film FernGully 2: The Magical Rescue. He is an evil poacher and Boss' henchman.

He was voiced by Gary Martin.

Along with Boss, Mac shows up with their two pet dogs named Slasher and Boof, and capture the three baby animals. The first rescue attempt while still in FernGully fails, and results in a huge forest fire, destroying a huge part of the forest that Pips and the Beetle Boys volunteer to follow the humans to town and rescue the babies, convincing Batty (who was reluctant) to be their guide.

The animals are very scared and fearful, so they will never get back home. Batty overcomes his terror of the situation and manages to reassure them. Then the poachers take all of the cages and load them onto a big truck.

They all reach the old warehouse. The poachers drive off, and Budgie jumps off a ledge and lands on the truck. They drive past Budgie's grandfather, and he sees that Budgie is hanging on the truck tarp, and he drives after them. Budgie manages to get inside the car and frees all the birds in the cages.

The poachers see Budgie trying to get in the car and are extremely enraged seeing all of the birds flying away. Mac climbs out of the truck and tries to get Budgie off. She manages to get away from him, but he unlatches the car that she was on and sends her rolling backward on the road. She ends up with one side of the car dangling off a cliff. Batty and Budgie's grandfather manage to save her.

The group then head by clown car to the ship where the animals are being loaded. Pips undo the conveyor catch so that the catches land in Budgie's grandfather's car. A struggle for the cages ensues between the poachers and Budgie. Boof and Crysta arrive to help. The other dog turns against his former master. Afterward, Boss, Mac, and Captain were imprisoned in a tree, where they would be heard from no more. 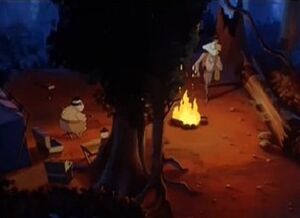 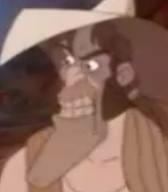 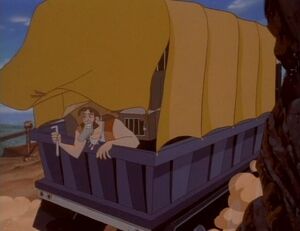 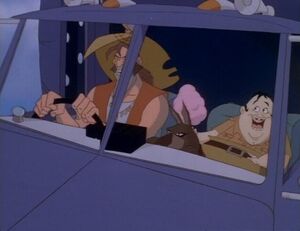 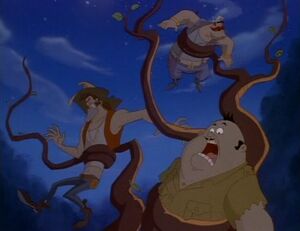 Mac's defeat.
Add a photo to this gallery

Retrieved from "https://villains.fandom.com/wiki/Mac?oldid=3669623"
Community content is available under CC-BY-SA unless otherwise noted.