Getting herself fixed up, insulting others

Have Brandon all to herself.
Make Jessica her "locker neighbor".

MacKenzie Hollister is the main antagonist of Dork Diaries by Rachel Renee Russell. She is Nikki Maxwel's archenemy.

MacKenzie is described as being the most popular girl at Westchester Country Day and also as the most commonly sought after by the boys of the school. Much like with Nikki, she too has a crush on Brandon Roberts, and throughout the series, she attempted to get Nikki expelled from the middle school in the hopes of having him for herself. MacKenzie was a very cruel young girl who freely insulted anyone who she thought was below her, and she is also known as being a pathological liar who would spread false rumors as if they were a plague. According to Russell, she may possess some good traits, though they're few and far between. 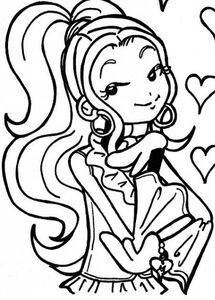 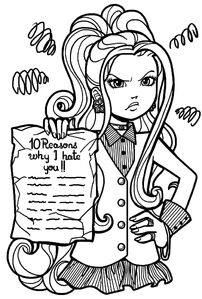 Add a photo to this gallery
Retrieved from "https://villains.fandom.com/wiki/MacKenzie_Hollister?oldid=3703774"
Community content is available under CC-BY-SA unless otherwise noted.