Thane of Cawdor
King of Scotland

Killing his enemies.
Making deals with the three witches.

Macbeth is the titular main protagonist of William Shakespeare's famous tragedy of the same name.

He is a former Scottish warrior who becomes corrupted with ambition after hearing three witches' prophecies which state that he will become Thane of Cawdor and then King of Scotland. He becomes so obsessed with power that he becomes a murderous tyrant.

He is loosely based on Macbeth, King of Scotland, who ruled Scotland from 1040-1057 AD.

Macbeth is King Duncan's greatest general, as well as the Thane of the region Glamis. One day, when the treacherous Macdonwald betrayed the kingdom in an attempt to seize the throne, Macbeth single handedly defeats Macdonwald's army and eventually Macdonwald himself, and subsequently helps defeat the army of Sweden when they try to take advantage of the chaos. These actions earn Macbeth great admiration and gratitude from Duncan, who decides to declare him the new Thane of Cawdor (as the old one was to be executed for his treachery) as a reward.

Meanwhile, Macbeth and his friend and fellow general Banquo, still on the battlefield, meet the three Wyrd Sisters. The Sisters hail Macbeth as the current Thane of Glamis, the new Thane of Cawdor, and the future King of Scotland, while also stating Banquo's family shall rule Scotland for generations after Macbeth. The Sisters then vanish and both Ross and Lennox arrive to tell Macbeth of his ascension to the Thane of Cawdor. Macbeth, now knowing the second part of the Sisters' prophecy was true, wonders if this means he will become King of Scotland, but Banquo advises him not to listen to this, as the Sisters may be trying to lead him down a dark path with promises of power and a better life.

When Macbeth returns to his castle, his wife, Lady Macbeth, urges him to kill Duncan and take the throne. Macbeth refuses at first, but over time Lady Macbeth convinces him to do it by appealing to his pride and ambition. When Duncan stays at his home one night, Macbeth kills him in his sleep and frames two guards. Duncan's sons Malcolm and Donalbain deduce that their father's assassin will come for them next and flee the country, leaving Macbeth to usurp the throne.

Once in power, Macbeth becomes a tyrant, killing anyone who poses a threat to his power. He orders Banquo and his son Fleance killed to prevent the witches' prophecy about Banquo's line from coming true, but his assassins succeed only killing Banquo; Fleance escapes, meaning that he will one day become king and father a dynasty. Banquo's bloodied ghost appears at Macbeth's dinner table during a banquet, sending him into a paranoid rage. He goes to the witches again to ask about his future, and they tell him that he is safe until "Birnam Wood do come to Dunsinane", and that "no man of woman born" can harm him. Nevertheless, he grows wary of a dissident lord named Macduff and orders his death. Macbeth's assassins show up at Macduff's castle to find him gone, and murder his wife and children.

Meanwhile, Lady Macbeth is so overcome with remorse for what she and her husband have done that she goes insane and commits suicide. Upon hearing of his wife's death, Macbeth loses the will to live, but nevertheless resolves to fight an army led by Malcolm and Macduff out of spite. Macduff's army arrive wearing armor made of wood from Birnam trees, revealing the double meaning of the witches' first prophecy. When he faces Macduff, he declares himself invincible, citing the witches' prophecy; Macduff replies that he was a premature birth and surgically removed from his mother's womb, meaning that, technically, he was not "of woman born". Finally realizing the witches' treachery, Macbeth resolves to die fighting and attacks Macduff with full fury. While Macbeth puts up a valiant fight, Macduff ultimately gets the better of him and decapidates him, ending his tyranny for good. Malcolm claims the throne while Fleance is taken under protection and great care.

Macbeth has been portrayed by several notable actors in the many film adaptations of Shakespeare's play. They include: 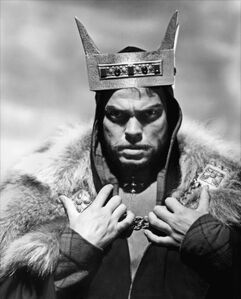 The late Orson Welles as Macbeth. 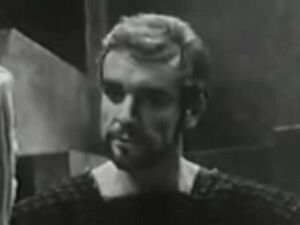 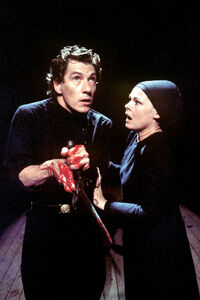 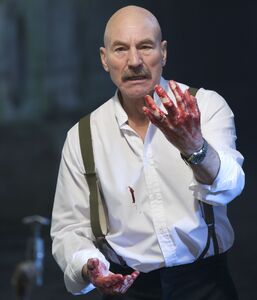 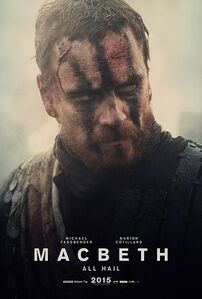 Michael Fassbender as Macbeth in the 2015 film. 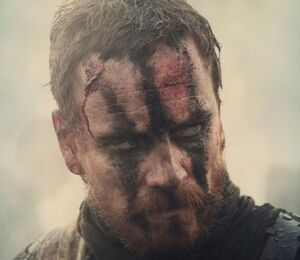 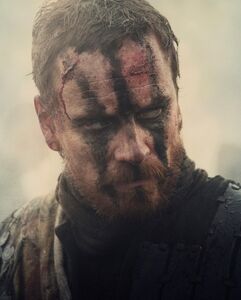 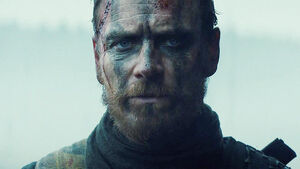 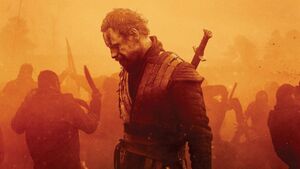 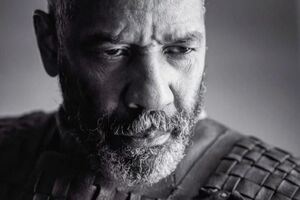 Denzel Washington as Macbeth in The Tragedy of Macbeth.