Villains Wiki
Register
Don't have an account?
Sign In
Advertisement
in: Pirates, Pirates of the Caribbean Villains, Fantasy Villains,
and 40 more
English

First Mate of the Flying Dutchman

Serve and help Davy Jones and be forever loyal to him.

Kill Will Turner and his father Bootstrap Bill Turner.
Help Davy Jones in his goal to kill Capt. Jack Sparrow and his crew.

He was voiced by Dermont Keaney.

Maccus was one of the four most trusted mates aboard the Flying Dutchman, along with Angler, Penrod and Ratlin, And seemed to share Jones´ desire for causing pain and destruction. When Jones ordered the crew to summon the Kraken to destroy the Black Pearl, Maccus gave the command with an evil, leering smile.

He also played a game of Liar´s dice along with Koleniko and Clanker. He kept order on the ship alongside Jimmy Legs and Koleniko.

He was also an expert swordsman as evidenced during the fight for the Dead Man´s Chest on Isla Cruces. Here, Maccus battled a trio of Elizabeth Swann, Pintel and Ragetti, fighting them into a corner before they were rescued by Will Turner and James Norrington, who incidentally ran him over with the large wheel they where on, along with a few other members of the crew. His main weapon of choice was a single-handed boarding axe.

Maccus continued to serve on the Flying Dutchman during the reign of Lord Cutler Beckett. During the battle between the Black Pearl and the Flying Dutchman in the maelstrom, Maccus attempted to kill Will Turner, but was in turn attacked by Jack the Monkey, who was fired from a cannon by Pintel and Ragetti.

After Davy Jones was killed, he along with other crewmembers returned to their human form.

It's currently unknown what happened to Maccus after this, he could have left the crew or maybe he continued to follow Turner until his curse was broken.

As with other members of Jones' crew, over time Maccus took on characteristics of the sea flora and fauna they resided amongst; most notably, his scarred head had the appearance of that of a hammerhead shark, and had sharp, fang-like teeth much like those of a shark.

During his painful mutation, his left eye migrated from its socket over to the left side of his extended hammerhead. Maccus' body was covered in coral, barnacles and starfish, and his left forearm and hand was encased in a lobster-shell gauntlet. Several pairs of lobster legs grew out of his back. 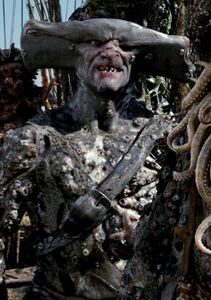 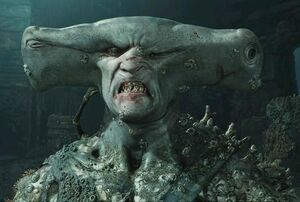 Maccus in Pirates of the Caribbean: Dead Man´s Chest 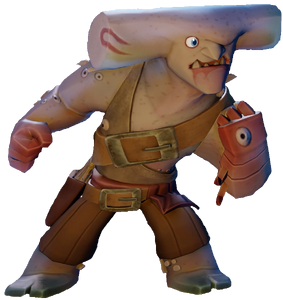 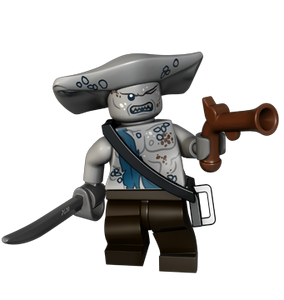 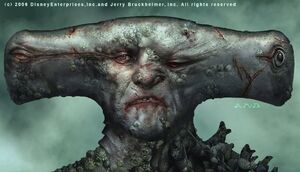 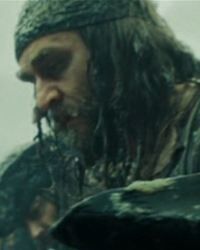 Maccus in his human form

Maccus when he sees Will Turner with the Dead man's chest