Trap everyone within their virtual reality game.

Machina Vision made a deal with Genm Corp. to collaborate for Kamen Rider Chronicle's worldwide release in exchange a single Gamer Driver. However, the deal fell through when Genm Corp's CEO Masamune Dan refused to hand over the Gamer Driver to Machina Vision's CEO Johnny Maxima because he had chosen to focus on his own projects.

Angered at not receiving what he wanted, Maxima had his employees hack Genm Corp's servers to obtain the schematics for the Gamer Driver. Maxima later had Kagenari Nagumo start another pandemic of the Bugster virus to trap people within Machina Vision's new virtual reality game. Their plan was foiled when Emu Hojo entered the game world and used the Mighty Creator VCX Gashat to open a portal back to the real world through which the trapped players were able to escape from. 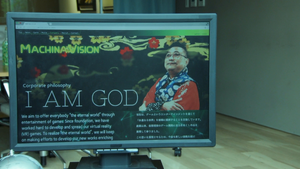 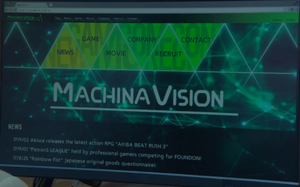