Metal Alice of the Agent

Dominate the world and rule humanity through fear.

Robot Imperialists
The Machine Onslaught Empire Matrintis are the third set of antagonists that appear in the 34th Super Sentai series Tensou Sentai Goseiger. They are an organization of robots created by their ruler, Robogog of the 10-sai. From their underwater base, Machine Fortress Terminel, the Matrintis seek to dominate humanity and world and rule them through fear.

Following the destruction of the Yuumajuu, the Matrintis were able finish their preparations and launch their first attack on Earth, deploying Zan-KT of the Shield to capture humans and fight the Goseigers so Robogog could gather data on them. However, the robot was destroyed by the Goseigers.

The Matrintis later recovered the body of Buredoran and converted him into Buredo-RUN of the Cyborg to serve as their trump card. To ensure permanent loyalty, Robogog removed Buredoran's memories, save for his name and hatred of the Goseigers.

Eventually, the Matrintis decided to launch a final attack on the Goseigers to take over the world, with Robogog hijacking every TV to announce the incoming invasion. The Goseigers fought the Matrintis by the sea and managed to defeat the Matrintis' army of Bibi Soldiers and Zan-KT3 models.

Buredo-RUN and Robogog then appeared to fight the Goseigers. Robogog was ultimately defeated and reduced to a head, which was then destroyed by Buredo-RUN, who revealed that he managed to regain his memories thanks to Metal Alice. Buredoran then finished off Metal Alice, who had previously been injured by Gosei Red bringing an end to the Matrintis. 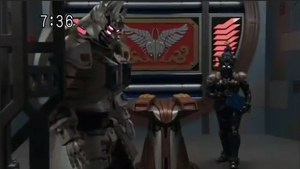 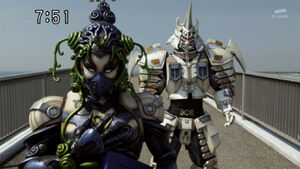 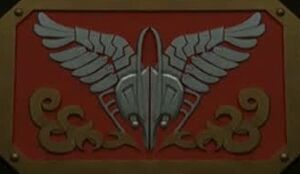