Explosives expert.
Above average strength.
Uses a wide variety of bombs and grenades in his arsenal.

Destroy anything that is involved with the "System" (partially successful, then failed)
Kill Batman (failed)
Use Zeta to get revenge on the federal agents and Batman (failed, but does get away with his crimes)

He was voiced by Henry Rollins.

At some point in the futuristic Gotham, Stanley Labowski became convinced that the system had become corrupted by bureaucracy, and people inhibited by technology and information overload. Stan figured that the only solution was to start anew by blowing it all up.

He armed himself with a wide spectrum of explosives and ran amok against the "Man". However, despite Stan's maniacal personality, he did have a softer and caring side. He adopted a pet Chihuahua which he tenderly cared for. Stan befittingly named the dog "Boom-Boom" and used him as an early warning system.

According to Bruce Wayne, Mad Stan was unstoppable when on a rant, which was generally triggered by something on the news.

Mad Stan appears later in the episode causing chaos in the Gotham Public Library and comes into conflict with Batman. Mad Stan tells him that he believes that Gotham is falling apart due to an information overload and then fights Batman. However, he is eventually defeated.

Mad Stan would later reappear during the re-election campaign of D.A. Sam Young. He makes his appearance known as he barged into the ball room, where Police Commissioner Barbara Gordon was hosting the gala, and attempts to detonate the entire facility. Batman confronts Stan and fights him. Stan had rigged the entire facility with explosives, and blew up a few in his getaway. In the rooftop parking lot, he threatened to detonate the entire floor, but Batman promptly disarmed the bomb and knocked Stan unconscious. However, Spellbinder, who was lurking, generated an illusion that made Barbara Gordon see Batman murdering Stan in cold blood. Then, while Batman was being hunted down by the GPD, Spellbinder took Mad Stan's unconscious body and trapped him in a VR Room. There, Stan experienced his long sought dream: Demolishing the Gotham City Hall. Eventually, he was found by the Police and presumably taken into custody.

Eventually, Stan went back to his usual agenda. He assaulted the World Science Symposium and caused havoc. He was intercepted by Batman but in the midst of the confusion, Stan eluded capture. Later that night, he stumbled upon Agent Bennett and some federal agents who were in pursuit of Zeta. However, deceived by its human disguise, Stan intervened and saved Zeta from the government's grip. Stan headed back home, where he found out, thanks to Boom-Boom, that Zeta was in fact a robot. Paranoid, Stan deduced that it was part of a conspiracy to get him. Decided to turn the tables, Stan strapped a time bomb to Zeta's back and led him to the Department of Health. Stan wanted to blow it up to hinder the planned raise of taxes for pet licenses.

Stan had anticipated that Batman would track him down, so he left him a message and sedated himself, in order to avoid any kind of interrogation. In the recording, Stan gloated and taunted Batman, daring him to find Zeta until midnight, when the time-bomb was set to explode. Stan's plan was almost successful, but Batman eventually managed to thwart it. Afterwards, Stan was never seen or heard from again, making his ultimate fate unknown. Its highly likely that he continues to remain at large and continues to remain in hiding inside his boathouse. 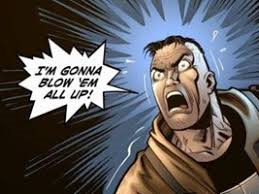 Mad Stan's appearance in the comics 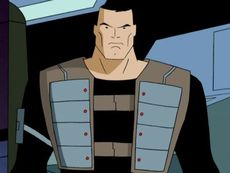 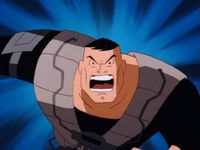 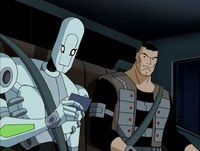 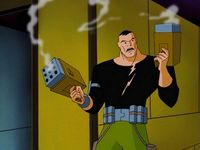 Mad Stan runs out of ammo 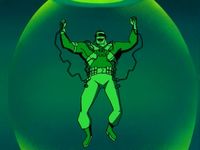 Mad Stan living out his dream 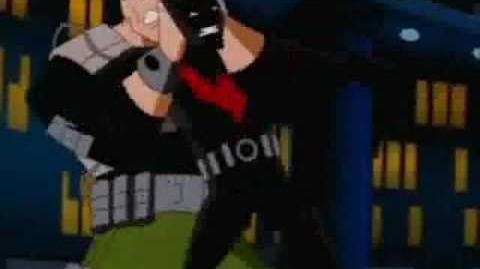 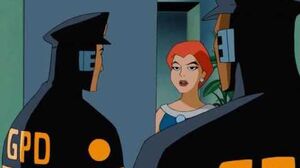 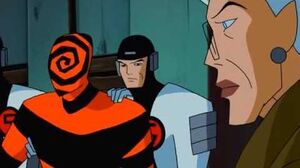 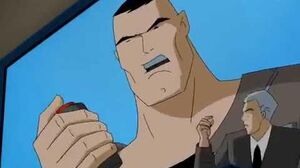 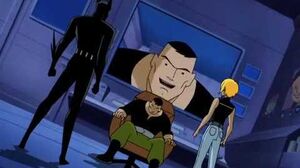 Batman Beyond goes after Mad Stan