Villains Wiki
Register
Don't have an account?
Sign In
Advertisement
in: Mature, Game of Thrones Villains, Families,
and 25 more

5 centuries prior to ASOIAF

Position of authority and influence.
Political manipulation and scheming.
Madness and obsessions.

Varies on the insane individuals and their obsessions (mostly revolve around power).

In A Song of Ice and Fire novels and its TV series adaptation Game of Thrones, the Mad Targaryens refers to insane members of the royal family faction House Targaryen affected by the so-called "Targaryen Madness", given to the extremely deranged members of the house, caused by members of the family traditionally inbreeding with their close relatives, especially siblings, to keep the Targaryen bloodline pure, in order to have the ability to control the dragons. Under these insane family members as kings, House Targaryen has acted as a villainous faction at times due to the catastrophic events caused by the more mentally unstable monarchs in the dynasty. The Targaryen madness became a cycle of chaos for all of Westeros.

Both in Novels & TV Series

Members from the infamous Targaryen cadet branch House Blackfyre founded by Daemon Blackfyre, a bastard of Aegon IV Targaryen, were possibly affected by Targaryen madness, emphasized by the fact that they rebelled five times to seize the Iron Throne for themselves. Maelys Blackfyre, widely known as "Maelys the Monstrous", who is the last Blackfyre pretender, was also described as an extreme and unpleasant savage. 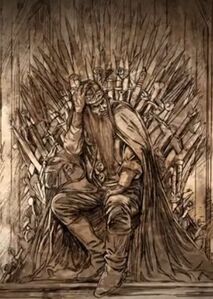 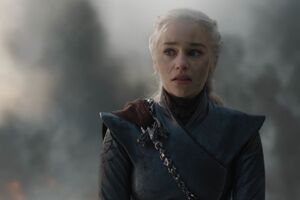 Daenerys succumbs to the Targaryen madness she had long sought to escape during the Battle of King's Landing. 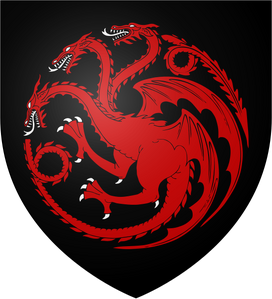