Witch
The Woman Behind the Curtain

Leader of The Hand

She was portrayed by Wai Ching Ho.

Despite her small stature and her old age, Gao is a shrewd crime lord and a leader of The Hand. She runs most of the heroin trade in New York City and eventually teams up with Wilson Fisk's criminal empire.

However, after major setbacks by the interference of Daredevil in addition to Fisk losing his nerve due to his love for Vanessa Marianna, Gao and Leland Owlsley, another partner of Fisk's decide to assassinate Vanessa to get Fisk back on track.

After this fails, Gao leaves the country to evade retaliation but returns to her operation after Fisk has been imprisoned. However, this time she is opposed by Danny Rand, the Iron Fist, who wants to clear his company Rand Enterprises from any influence The Hand has.

This puts him at odds with Gao, as the company has strategic value to her.

Gao is considered to be ruthless and manipulative in her schemes and able to manipulate and inspire people to do her bidding, getting her own subordinates to blind themselves, so they can create her Steel Serpent formula. She made sure that her partners underestimated her by only speaking Mandarin to them for a time, but still desires respect among her peers, including Fisk and Wesley, who respected her and she successively respected them. She is known to be occasionally boastful and grandiloquent, but was still able to intimidate her enemies. Harold Meachum also respected her, so Gao (as a reward) let him see his daughter Hope and even let him kill one of the gangsters known as the "Hatchet Men", who had tried to kill Hope some time before. However, she hated it when Harold started plotting against her and the rest of the Hand, threatening him repeatedly.

Her ruthlessness led her to believe that Fisk, having formed a relationship with an innocent woman named Vanessa, was growing soft and would be a problem for her business later. To keep him on track, she poisoned Vanessa and made him pusillanimous and fearful for his life. She has been known to treat those who oppose her like children, patronizing Fisk and giving him warnings to get back on track: he was truly afraid of her, hinting at her true power. She also has a tendency to speak in riddles, often playing mind games with people she talks to and either confusing them or making them afraid.

Though she despises any obstacle in her mission, people or otherwise, she showed some respect for Daredevil for his intuitiveness, even giving him the location of her rival dealer the Blacksmith when he asked. However, she treated Danny Rand, the new Iron Fist, completely differently, patronizing him repeatedly and saying that other Iron Fists that she met in her life were better than him. While being held captive at Colleen Wing's dojo, she kept mocking Danny, who was really temperamental at the time, simply for fun. 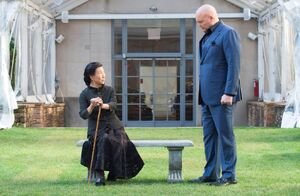 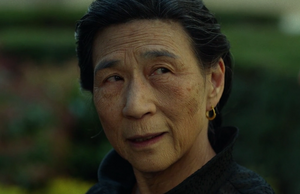 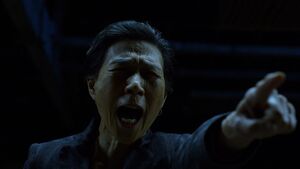 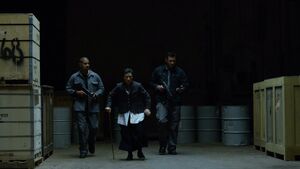 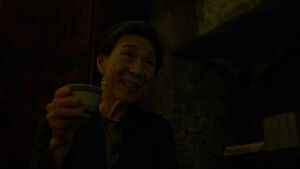 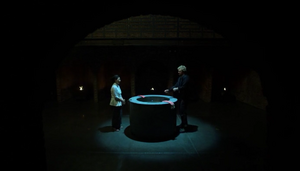 Gao welcomes Danny at the challenge 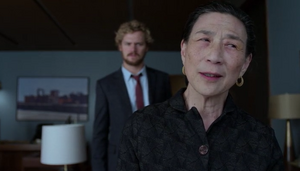 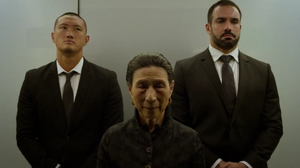 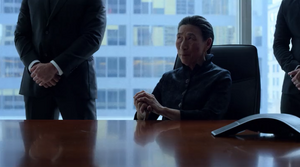 Gao is informed about business 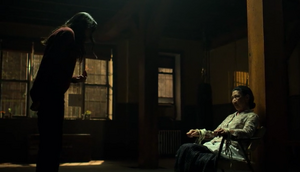 Gao as prisoner of Claire 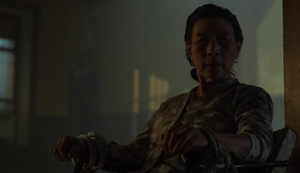 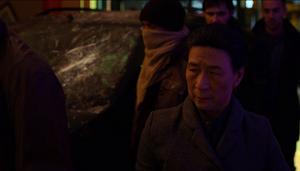 Gao and her faction arrive at the restaurant 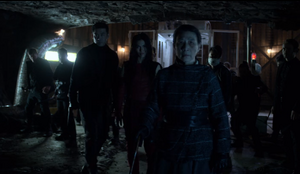 Gao and the Hand stop the Defenders from reaching the elevator 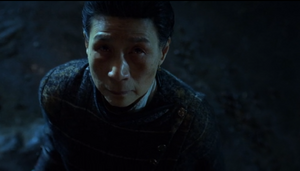