Clergywoman of the Papal Mainframe

She is the leader and founder of the Kovarian splinter faction of the Silence who led them into a conflict with the 11th Doctor in an attempt to stop him from reaching Trenzalore, only to end up setting in motion the circumstances that would lead him there. She was also responsible for robbing Amy Pond and Rory Williams of their child, Melody Pond (AKA River Song) and conditioning her into the perfect assassin capable of killing the Doctor.

She was portrayed by Frances Barber who also played the Felis Sapien form of The Polymorph in Red Dwarf.

When the Eleventh Doctor arrived at Trenzalore, the events result in a siege by the Church of the Papal Mainframe when the threat of a new Time War by the Doctor answering a call from his people. While the main body of the Papal Mainframe continued the siege, Kovarian and her chapel broke off and decided to travel back in time to the Eleventh Doctor's beginnings to eliminate him before he could reach Trenzalore. However, the action would later be revealed to be a bootstrap paradox that would ensure the Doctor reaches his destination.

Some time after blowing up the TARDIS, Kovarian arranged for Amy Pond's abduction during her honeymoon and replacement by a Ganger. Amy's real, pregnant body was taken to Demon's Run in the 52nd century. Kovarian watched over her through a hatch above the room Amy was held in. Meanwhile, her linked Ganger lived out her life. This affected the Ganger's mind. She saw visions of Kovarian wherever she went, often hearing her comments on her health and her pregnancy.

Kovarian was a cruel, manipulative and psychotic woman who deeply hated and feared the Doctor because she believed that he would bring about the end of the universe. She took terrible glee in his anguish and humiliation. She was willing to use the Doctor's friends against him, kidnap an innocent baby and mold the child into a psychopath.

She tortured Amy emotionally by kidnapping the real Melody Pond and leaving a Flesh duplicate in her place after instilling a false sense of safety when she purposefully allowed Rory to carry the fake back. Kovarian was callous, showing little concern for her allies.

Kovarian was cowardly and not above pleading for her life, as shown when the Silence turned on her. She begged Amy to save her life, even claiming that it was something the Doctor would do. Amy denied her any mercy, telling Kovarian that River Song had "gotten it" from her mother as well as from her. Kovarian's incredible sense of self-preservation was probably what motivated her hatred and fear of the Doctor. She occasionally showed a dry, cynical sense of humor as shown by her remark "Oh God, do I have to watch this?" during the Doctor and River Song's flirtation. 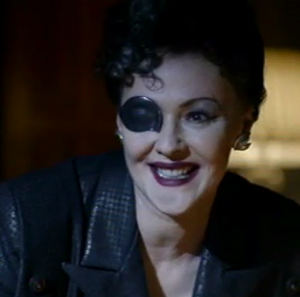 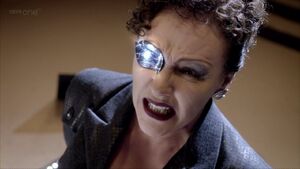 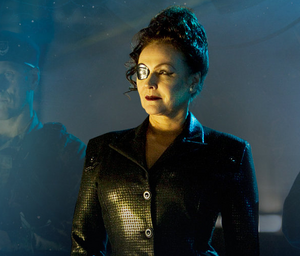 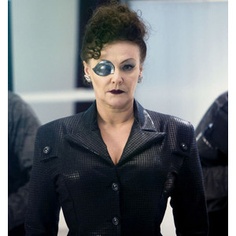