Recreate Rendashia according to his own image.

Demonic Tyrant
Madesagora is the main antagonist of the second version of Dragon Quest X.

He was voiced by Kōji Ishii.

Madesagora is a six-armed demon that has a long beard.

Just like any Dragon Quest villain, Madesagora is arrogant and is a dangerous individual. Madesagora is so unbelievably arrogant, that he wanted to replace Rendashia with a world created by him. Madesagora is also a great fan of arts, having a large amount of paintings in his castles in the demon realm, and created a monster resembling the Dimensional Dragon, alibeit with a big golden painting frame

Madesagora is the mastermind of the crisis in the first version of Dragon Quest X. He completed a pact with Nelgel, giving power to Negel while has him to destroy the Hero's hometown, Tenton. Madesagora also attacked Zedora Kingdom in order to get rid of the legendary hero's bloodline. However, Prince Thomas sacrificed himself to save his sister, Princess Anlucia.

Madesagora also has his underlings to attack various kingdoms in order to have them to destroy the Scarlet of God so that he can obtain the Spirit of Creation. In order to achieve this, he brings Thomas back to life and createdEvil Ann-Lucia for additional minions. The reason why he wants to obtain the Spirit of Creation is because he needs it to replace the world Rendashia with his own false Rendashia.

In the end, at Naku No Gate, Madesagora confronted the heroes. He first sends Thomas to fight Anlucia, which the demon lord admits to be sad to witness, but quickly said that forcing brother and sister to fight is a worthy sacrifice for receating the world. However Thomas is defeated, Madesagora then fights the heroes after the Source of the Ultimate Darkness gives power to him. After his first defeat, Madesagora absorb some of the power from the Spirit of Creation and transform into a monstrous dragonic being. However, he is still no match for the heroes. After his defeat, he tries to obtain the Spirit of Creation, but Thomas sacrificed himself again to prevent it from happening. Anlucia then used this chance to stab Madesagora, killing him as a result.

After his death, the demon realm is plunged into war, where three kingdoms are fighting against each other to gain complete control on the demon realm. 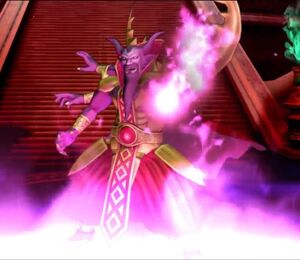 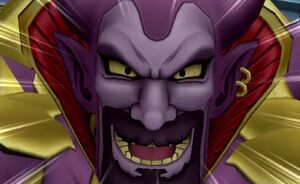 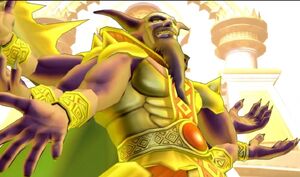 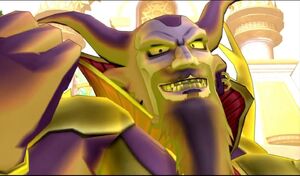 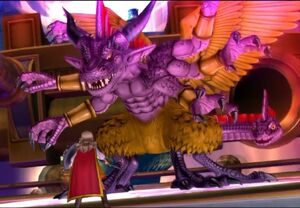 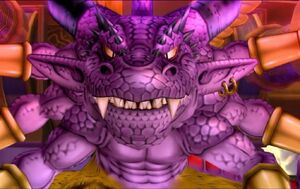 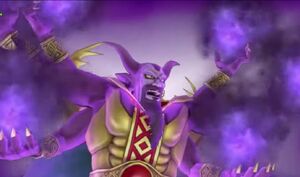 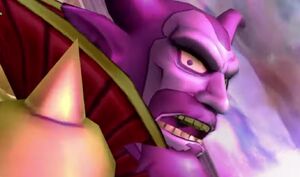 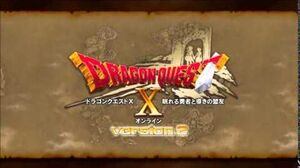