Madison Rayne is a TNA Knockout and a five-time Knockouts Champion who has spent nearly her entire TNA career as a villainess.

After making several sporadic appearances on Impact, Madison Rayne officially debuted in 2009 as Taylor Wilde's partner against The Beautiful People (Angelina Love and Velvet Sky). The match ended with Madison turning into a villainess and slapping Taylor, leading to a victory for the BPs. Madison later joined the BPs. After Angelina had to deal with issues with her work visa, Madison was moved up to being the secondary villainess between Velvet and newcomer Lacey Von Erich.

Madison became one half of the Knockouts Tag Team Champions with Velvet, all the while engaging in a feud with the returning Angelina. She would win her first Knockouts Championship at Lockdown when she and Velvet defeated Angelina and Tara in a tag team match for all of the titles. A month later, Madison defeated Tara (who turned into a villainess at Lockdown) to end her career, but both women would be aligned together months later.

During their alliance, Madison became the lead villainess with Tara as her evil henchwoman, and the pair tormented the entire Knockouts Division, mainly the now babyface Beautiful People. Days after Tara won the Knockouts Championship at Bound For Glory, Madison demanded that Tara lay down for her and give her the title, which she did. After her "victory," Madison feuded with Mickie James for months, and it would include a moment where Madison ordered Tara to run her over with her motorcycle. Madison lost the KO Title to Mickie at Lockdown, and after losing the rematch at Sacrifice, her alliance with Tara ended.

Madison aligned with the returning Gail Kim later in the year, and they reigned at tag champs for several months. In mid-2012, Madison would become Knockouts Champion again due to being in a romantic relationship with referee Earl Hebner, who officiated all of her matches. Madison took a hiatus from TNA due to her pregnancy, but she returned to TNA in December 2013 as a babyface, ending her lengthy heel run.

After a tenure as a babyface that saw her add another reign as Knockouts Champion, Madison began turning into a villainess on August 27, when she attempted to cheat her way to victory in a #1 Contender's Match against Taryn Terrell, which she ended up losing. On the October 8 edition of Impact Wrestling, Madison defeated Terrell and Angelina Love by grabbing Taryn's tights, and she later abandoned Taryn when Jessicka Havok entered the ring and later attacked her. Madison lost to Havok on the following week, and on October 29, she teamed with Taryn against The Beautiful People. However, Madison refused to tag herself in during most of the match, opting to handle the BPs from outside the ring. Madison finally entered the ring and took our both Love and Velvet Sky, but after doing so, the evil Madison attacked Taryn by kicking her in the head and hitting her with her Rayne Drop finisher, cementing Madison as a villainess. After the attack, Madison smiled evilly and gave her "Killer Queen" wave before leaving Taryn to be pinned by both Love and Sky, and she later stated that she wanted to give people something to talk about.

Madison was defeated by Taryn two weeks after becoming a villainess. She has made sporadic TV appearances in 2015, with her most recent one losing to a returning Velvet Sky in June. Madison turned face on the September 2 episode of Impact Wrestling, when she and Angelina Love came to the aid of Velvet Sky and fought off The Dollhouse.

After nearly a year as a babyface, Madison became a villainess once again when she attacked Gail Kim from behind on the July 21, 2016 episode of Impact Wrestling. The attack came after Maria Kanellis offered a reward to anyone who takes out Gail Kim, and after taking Maria up on her offer, the evil Madison stated that it was not personal, but it was time that everyone looked out for themselves.

As a villainess, Madison was egotistical, ruthless, and a bit manipulative. Her most notable heel attribute was her loud, screeching voice. 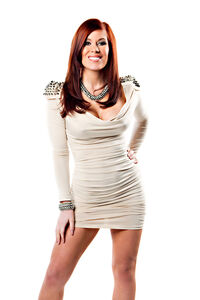 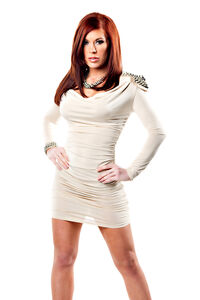 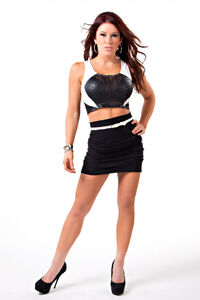 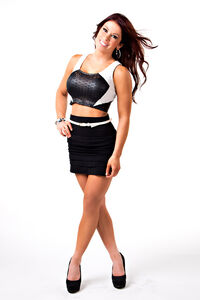 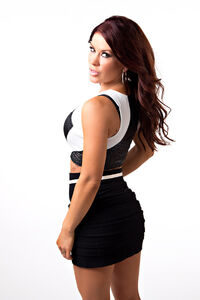 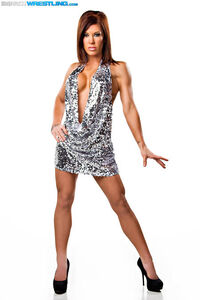 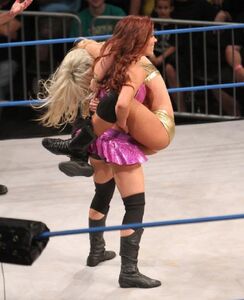 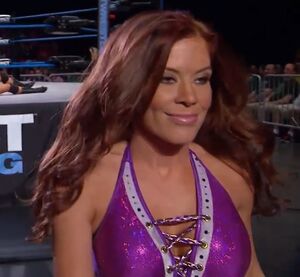 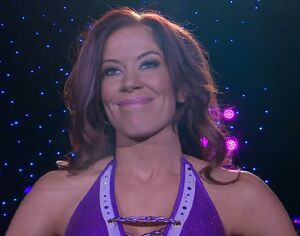 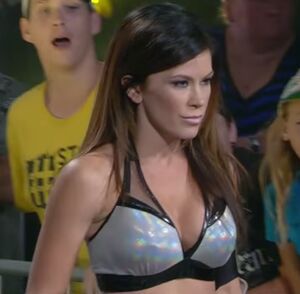