Villains Wiki
Register
Don't have an account?
Sign In
Advertisement
in: Contradictory, Evil from the Past, Cartoon Villains,
and 35 more

Putting on a grand show for his audience.

Seek revenge against the four people who ruined and imprisoned him.

The Madkat is an antagonist from the cartoon series SWAT Kats. Madkat was an insane and powerful court jester with magical powers who sought revenge on the jester who replaced him and the knight, queen, and king who imprisoned him in an enchanted jack-in-a-box that bore his own likeness.

He was voiced by the late Roddy McDowall.

Madkat is the name of a long deceased medieval jester who was replaced by a rival and imprisoned in a dungeon by the king, queen and knight of his time. While imprisoned, he vowed revenge. For unexplained reasons, Madkat’s spirit came to possess a jack-in-box called the Kat in the Box which bore his likeness. Over the centuries, this Kat in the Box came into the possession of the shopkeeper at Katzmer's Curios, an antique shop.

During the present day, comedian Lenny Ringtail found the Kat in the Box after escaping from the Megakat Asylum for the Insane and Katatonic when he broke into the antique shop to seek a hiding place from the Enforcers. Ringtail had been committed after having a breakdown when rival comedian David Litterbin had been awarded the host position of an MBC late-night talk show. Upon breaking into the Curios antique shop, the owner confronted Ringtail, and revealed the history of the Kat in the Box. Noting the similarities to Madkat's misfortunes and his own, Ringtail became enamored with the simple toy and knocked out the shopkeeper. Upon doing this, Ringtail saw and heard the Kat in the Box speak to him, and began to really wonder if he was insane.

Ringtail accepted the Kat’s offer, and came to be possessed by the spirit of the Madkat. In doing so, he was endowed with supernatural powers that allowed him to twist and warp reality. This included the ability to teleport, conjure objects, and change shape and overall size. With these powers, Madkat sought to take revenge on Litterbin along with those whom represents the king, queen and knight in the modern day, later revealed to be Mayor Manx, Callie Briggs and Commander Feral respectively.

Madkat exhibited a jovial excitement in his revenge, taking on comedic-themed antics while making numerous puns and jokes. He also took particular enjoyment in tormenting his targets for a period of time before making them prisoners in the Kat-in-the-Box.

The SWAT Kats engaged Madkat on multiple occasions, being unable to stop him from capturing his targets. Madkat easily frustrated the two as he mostly ignored their attacks, even using the Turbokat against Commander Feral with his "Madkat Missiles". The best the SWAT Kats could do was to briefly delay Callie Briggs from being captured, but Madkat eventually caught her at Enforcer Headquarters. It was only after the revelation by the shopkeeper about Madkat's weakness, the three bells on his cap which contains his powers, that the SWAT Kats were able to successfully attack the jester.

During their final confrontation with Madkat, two of his bells were destroyed but the Turbokat was heavily damaged and crashed, causing heavy damage to Enforcer Headquarters, while Razor was consumed by Madkat posing as a building. T-Bone delivered the final blow by destroying the last bell with his Ejektor seat’s laser. This returned Ringtail to normal and all of his prisoners safely appeared on the street below while all that was left falling onto the streets was the burnt domino mask of Madkat himself. Ringtail tried to make a quick escape with the unmasked Kat in the Box in hand, only to be simultaneously punched by Razor and Commander Feral, knocking him unconscious.

Immediately after the incident, due to a lack of a guest, Ringtail appeared as a guest on Litterbin's show, promoting an as of yet written book called "Madkat and Me" that would detail his experience, suggesting a looming newfound success for Ringtail. 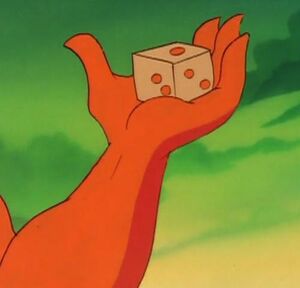 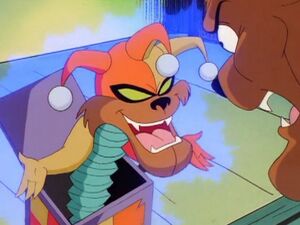 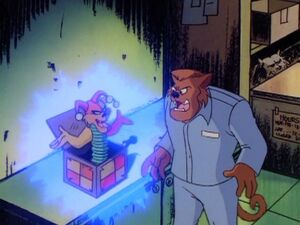 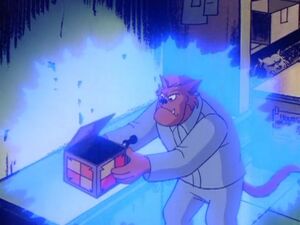 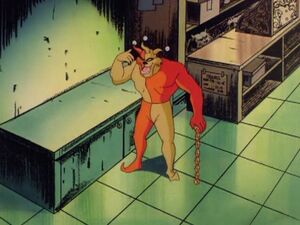 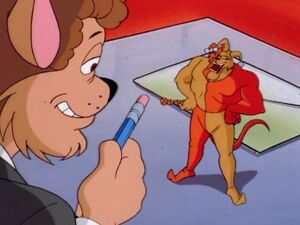 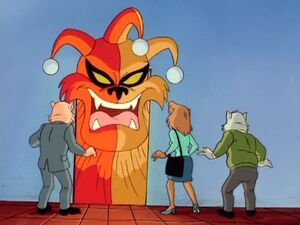 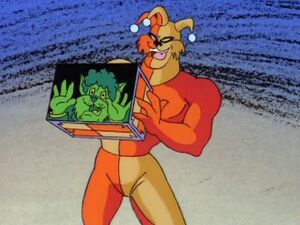 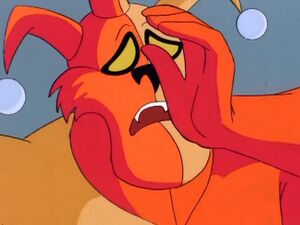 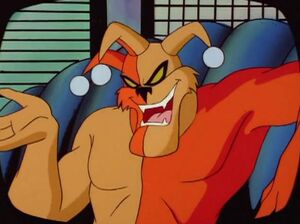 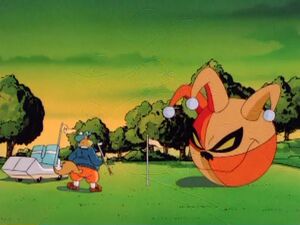 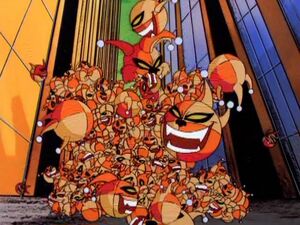 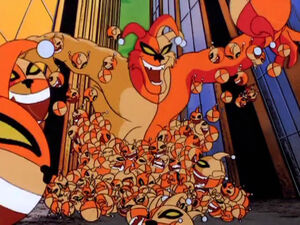 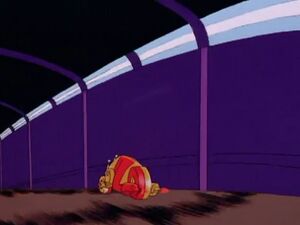 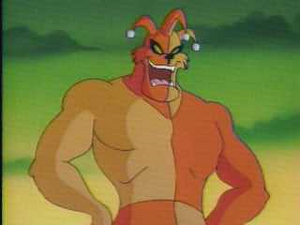 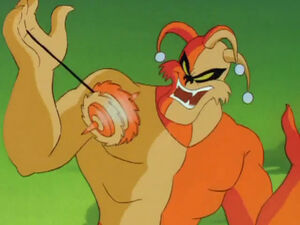 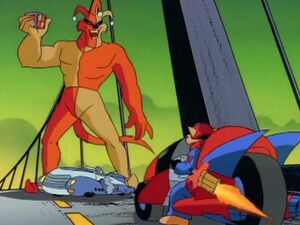 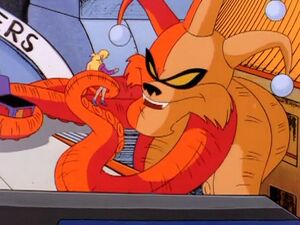 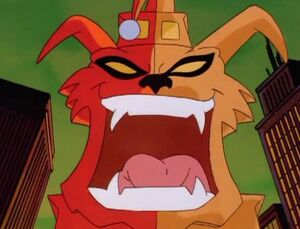 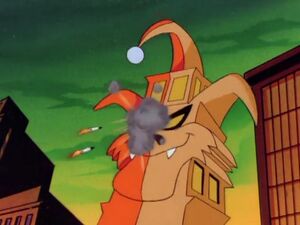 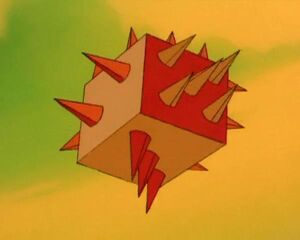 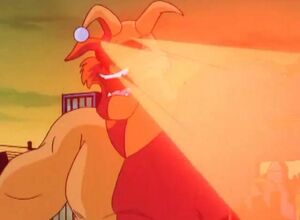