Get back at Khan for his betrayal (succeeded).

Magda is a supporting antagonist turned anti-heroine in the 1983 James Bond film Octopussy.

She was portrayed by Kristina Wayborn.

Magda is the assistant of the circus owner, Octopussy and the henchwoman of Kamal Khan. She is Octopussy's most trusted partner in the "Octopus" cult.

Magda attends the auction of the Fabergé egg named "Property of a Lady" with Khan, and Bond notices her by saying "now there is a lady". Magda informs Khan of the missing copy they have lost, and thus Khan has to bid for his own egg in order to return it to the Russian vaults and uncover their operation. However, Bond and an MI6 art assessor bid against them, replacing the (real) egg with the copy missing by Kamal, which was retrieved by agent 009 at the cost of his life. Finally, Bond allows them to have the jewel, after having augmented its price considerably. In the switch, Bond manages to steal the authentic egg.

After it becomes clear that Bond has the egg, Magda is sent to seduce Bond to retrieve it. Bond allows this so he can follow the egg. At the Monsoon Palace, Magda witnesses Bond escaping but does not tell.

Later, Magda is seen at the Octopussy circus as a performer at a U.S. Air Force Base in West Germany, but little did she know that Kamal and General Orlov have strapped in a nuclear warhead in the circus, hoping to set it off to drive off NATO from Western Europe, which would be vulnerable to a Soviet invasion. Following the death of Orlov, Bond manages to sneak in and disarm the bomb, which made Octopussy and Magda realize they have been betrayed by Kamal. As such, Magda aids Bond and Octopussy in capturing and defeating Khan for good. 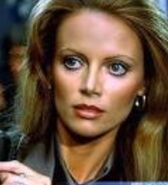