Margaret "Maggie" Esmerelda is a supporting antagonist/anti-villain in American Horror Story: Freak Show. She is the partner and accomplice of Stanley in his scheme to capture, murder and sell the body parts of the Freaks to museums.

She was portrayed by Emma Roberts, who also played Madison Montgomery in American Horror Story: Coven, Jill Roberts in Scream 4, and Chanel Oberlin in Scream Queens.

Maggie is a con artist and a partner to Stanley. The two of them work at manipulating others for money. When the two of them decide to murder and sell the Freaks, Stanley sends Maggie to go undercover in the Freak Show as a fortune teller. However, while Maggie is initially all for their plan and even suggests killing Ma Petite, she eventually grows remorseful and tries to atone for her actions. She shows Desiree of the crimes she helped Stanley commit, horrifying Desiree. In the end, she is accidentally murdered by Chester Creb, though the Freaks show no signs of sadness over her death due to her role in the murders. 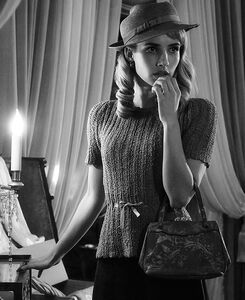 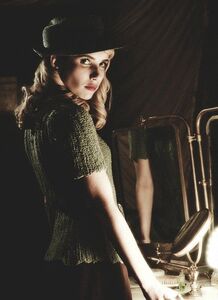 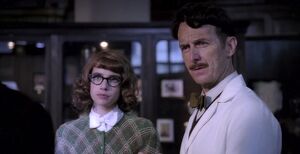