The Assassin
Mags (by Lila)

Help further Lila's career by murdering people who rejected her or people who were threats to her.

Murder people who were threats to her relationship with Lila.

Maggie Lowe is a major antagonist in the crime-drama TV series Criminal Minds. She is a delusional stalker-turned serial killer who appears as the main antagonist of the Season 1 episode Somebody's Watching.

In college, Maggie was dorm-mates with future Hollywood starlet Lila Archer. During a weekend when Lila's heat was cut out, Maggie allowed Lila to stay in her room, and something apparently happened between the two which caused Maggie to develop an obsessive crush on Lila. Whether this moment was exaggerated by Maggie or not, remains unknown. But, Maggie began stalking Lila, taking pictures of her and making a collage of them. When Lila became a star, Maggie became her production assistant and continued her stalking of her. During which, she killed a producer who turned Lila down and an actress who was stealing her spotlight. Some time before she started her killings she gave art gallery owner, Parker Dunley, her collage and asked him to give it to Lila and tell her that it was from a secret admirer. Parker gave her the collage, but he told Lila that it was from him.

In 2006, Maggie continues her killings when she murders Natalie Ryan, the actress whom Wally picked over Lila, and her boyfriend Jeremy. The BAU get involved when Lila's manager Michael Ryer worries about her safety after she receives a message saying "You owe me." Feeling like going to the cops was a betrayal, Maggie kills Michael. The BAU soon discover his body in his office, so Agent Jason Gideon orders Agent Spencer Reid to take Lila back to her home and guard her, but not tell her about Michael. While investigating Michael's office, Elle finds nude photos of Lila that were taken and used by a paparazzi photographer named Joe Martinez, to blackmail Michael into paying to keep them out of the papers. Agent Derek Morgan and Detective Owen Kim go to investigate Joe's place and find a ton of pictures of Lila, but not Joe. While walking back to the car, Maggie drives by on a motorcycle and shoots at Morgan and Kim, wounding Kim.

Back at the house, Lila decides to go for a swim and pulls Reid into the pool with her. During which, Joe Martinez snaps photos from the bushes. Reid tells Lila of Michael's death and Lila storms off. Morgan shows up behind Joe and cuffs him for trespassing. Joe denies being the serial killer and is escorted off the property. After apologizing to Lila and hearing her talk about Junior Yard, Reid figures out that the collage on Lila's wall tells her whole history, showing that someone's been stalking Lila since college. Morgan asks Lila who gave her the collage and she motions towards a picture of Parker Dunley, saying that he gave it to her.

While Reid and Lila stay back at the house, Morgan, Gideon, and Elle interrogate Parker, who admits that he lied about making it and that Lila's production assistant, Maggie Lowe, was the one who made the collage. Maggie calls Lila, expressing her sadness of Lila's betrayal and explaining her obsession. Reid asks Garcia to trace the call, which she does, and finds out that Maggie's in the house. Upon hearing that, Reid walks throughout the house with his gun drawn and Lila behind him. Maggie hides and waits for them to walk by, popping up behind Lila and pointing the gun at her. She demands that Lila go with her, but Reid challenges her delusion and claims that Lila's in love with him now. Confused and enraged, Maggie tries to smack Reid with the gun, but Reid wrestles it out of her hands and throws her to the floor. Reid aims the gun at her and orders her not to move. Maggie repeatedly begs him to kill her, saying it would make her so much happier. Reid lowers the gun and assures Maggie that they'll get her some help. Given this statement, after the ordeal she was likely institutionalized. 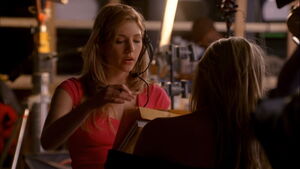 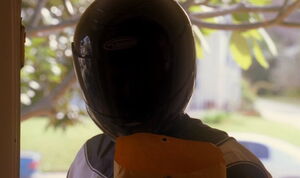 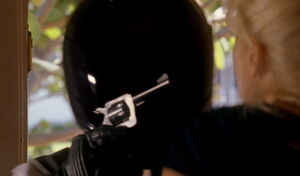 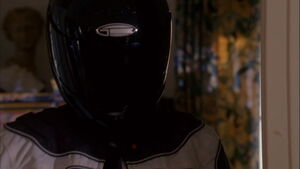 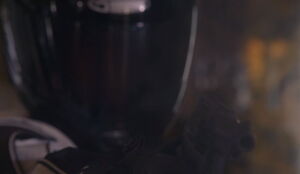 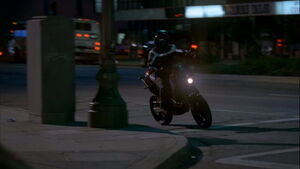 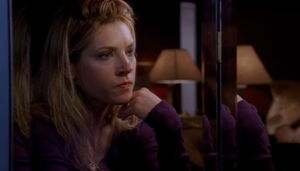 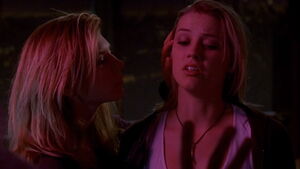 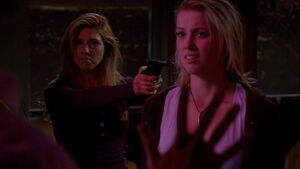