Slave in the Magic Mirror
Mirror, Mirror
The Mirror

Telling the Queen that she is the fairest of them all.

Seeking the truth to all questions.

The Magic Mirror is the recurring magical item found in the legend of Snow White, and is the means by which the Evil Queen ensures that she alone is the "fairest in the land" - asking it daily the question of "who is the fairest of them all?", in fact, it is only when the Magic Mirror tells the Evil Queen that Snow White surpasses her in fairness that she plans on having her killed.

In the Disney version, he was voiced by the late Moroni Olsen in the 1937 film, and the late Tony Jay, who also played Judge Claude Frollo in Disney's The Hunchback of Notre Dame, and by Corey Burton in Kingdom Hearts: Birth By Sleep.

The Magic Mirror made a cameo appearance in Who Framed Roger Rabbit.

The Magic Mirror (voiced by the late Dom DeLuise) appears as a kind and goofy mirror in the 1993 animated fantasy film Happily Ever After.

The Magic Mirror (credited as the Mirror Man in the film) appears in Snow White and the Huntsman. Appearing both as a golden gong-like object and its spirit, a shape-shifting robed faceless man whose entire being is seemingly composed of gold and liquid. He was voiced by Christopher Obi.

The Magic Mirror appears in Mirror, Mirror as a large mirror that serves as a portal to the Mirror Realm where a large hut exists filled with mirrors surrounding the room. Queen Clementianna consults with the Magic Mirror, who is a younger reflection of the Queen, would always advise Clementianna not to use dark magic for her own gain. After the Queen aged into an old crone, she took a slice of the poisoned apple she was to give to Snow White from her. As the Queen eats the apple, the Mirror declares that it was Snow White's story all along when suddenly the Magic Mirror shatters upon itself and the Mirror Realm and mirror portal is destroyed.

In the television show Once Upon a Time, Queen Regina trapped her lover in her mirror, making him the spirit in the mirror. In the real world town of Storybrooke, the man in the mirror is Sidney Glass, a news reporter and ally of the Evil Queen.

The Magic Mirror also appears as a minor antagonist and a boss in the prequel to the Kingdom Hearts series Kingdom Hearts Birth by Sleep. In the game, after Terra insults the Evil Queen, she uses a magic potion to turn the Spirit of the Magic Mirror into an Unversed to kill Terra in retaliation, but he manages to defeat it. Later, it also fights Aqua when she visits the Dwarf Woodlands, but she manages to best in in combat as well.

Not much is known about the Mirror except that his sole purpose is to serve whoever may own him at the time. Whilst he is generally diabolical, manipulative, uncompromising, and antagonistic on various occasions, he is unintentionally sinister, as he is forced to obey The Evil Queen due to being her slave. He does not hesitate to tell the truth to the Queen when it is revealed that Snow White was still alive. The Magic Mirror is simply a morally neutral entity; his pure purpose in existence is to objectively provide the truth to any question asked at any given time, by any given person.

Magic Mirror in Snow White and the Huntsman. 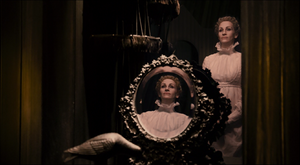 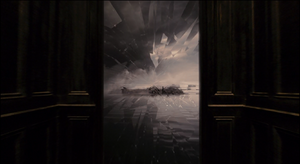 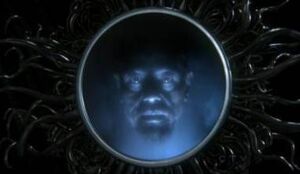 The Magic Mirror in Once Upon a Time. 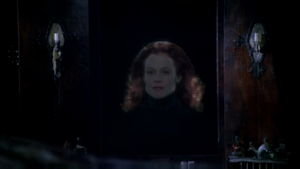 Magic Mirror in Snow White: A Tale of Terror.

Magic Mirrors in Snow White: The Fairest of Them All. 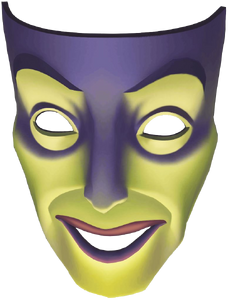 The Spirit of the Magic Mirror.