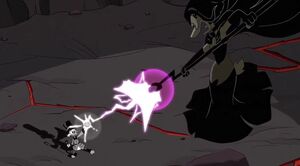 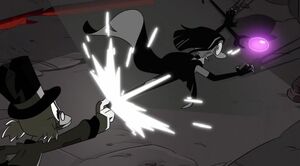 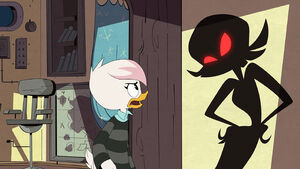 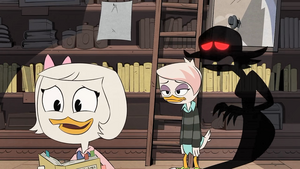 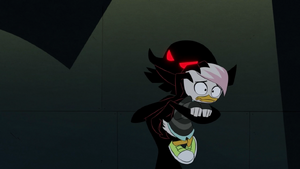 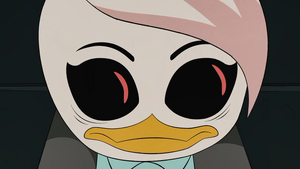 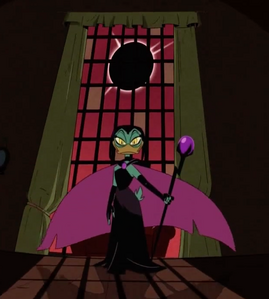 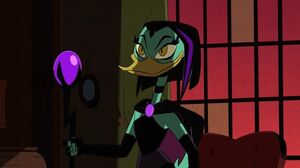 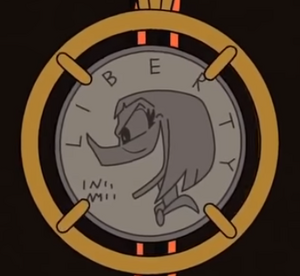 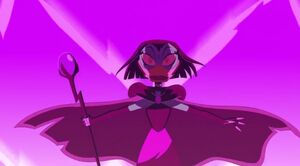 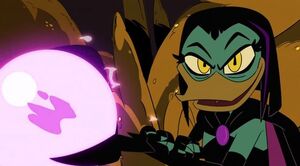 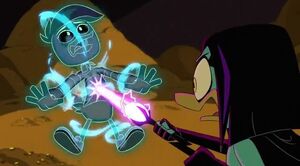 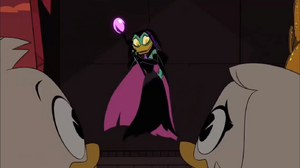 "You had sleepovers with a shadow... You gave it a friendship bracelet..." 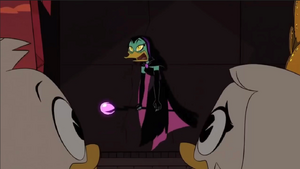 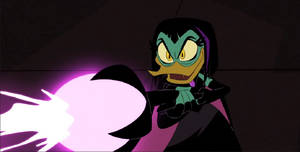 "Here! Let me put you out of your misery!" 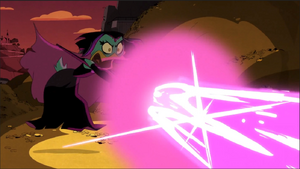 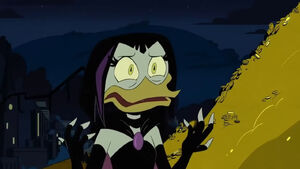 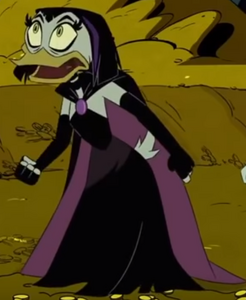 "You haven't seen the last of me!" 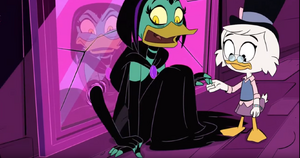 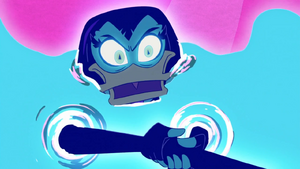 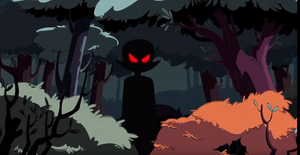 Magica standing behind the bush. 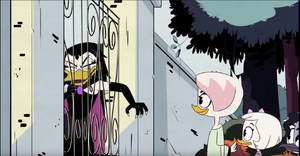 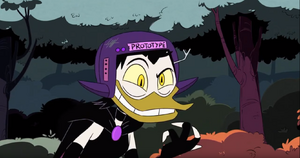 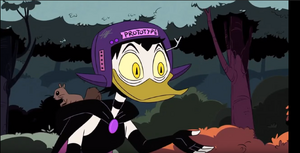 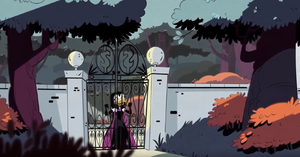 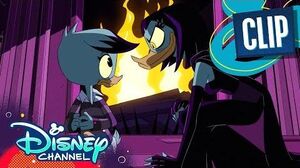 Rescue Lena! - DuckTales - Disney Channel
Add a photo to this gallery
Retrieved from "https://villains.fandom.com/wiki/Magica_De_Spell_(DuckTales_2017)/Gallery?oldid=3718457"
Community content is available under CC-BY-SA unless otherwise noted.