Protect Grievous or whomever they are programmed to protect.

The IG-100 MagnaGuards, simply known as MagnaGuards are the guards who protect General Grievous, the leader of the Droid Army. They wield electrostaffs, which have electromagnetic pulse-generating tips, resistant to lightsabers. These weapons make the MagnaGuards a bit of a challenge for the Jedi to combat.

The elite MagnaGuard is a droid built to specifications provided by General Grievous. They appear to come in at least two varieties. Some simply project energy or electrical fields from both ends, and some have the added ability to shoot mini-missiles from either end.The missiles come from a missile launcher called a Bulldog CRC.

They are unique among droids as they have reflexes operating at almost the speed of light. Nute Gunray, the head of the Trade Federation, claims that these droids cost a fortune to make unlike any droid created from the past. These droids were used during the end of the Clone Wars.

On Kashyyyk, Delta Squad had to battle these droids, learning that they had remarkable acrobatic ability and superb stamina, also considerable durability as it took many shots from a DC-17 to take one down.

MagnaGuards were also seen in Episode III: Revenge of the Sith and during the Battle of Coruscant, they fought Obi-Wan and Anakin on the bridge of the Invisible Hand. Later on, four of them attacked Obi-Wan at Utapau but were defeated before they could strike a blow when Obi-Wan used the Force to drop part of the roof on them.

Throughout the Clone Wars, one can conclude that MagnaGuards were superior to any infantry droid ever made because of their superior duranium armor, their ability to "feel" what surrounded them, backup processors, and their ability to wield a variety of deadly weapons as well as fight like the Jedi. Unlike the other droids.

MagnaGuards can still fight if their head is cut off, thanks to a third eye centered in their stomachs. These droids were later used by the Galactic Empire to hunt down Jedi. 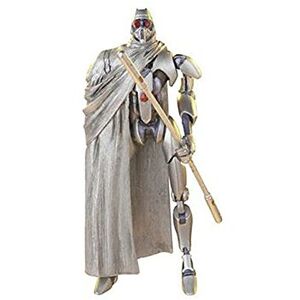 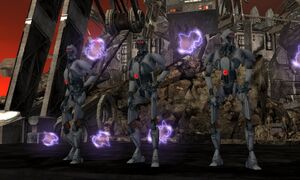 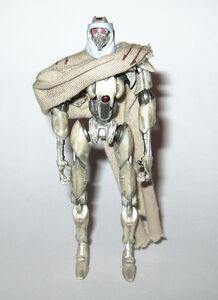 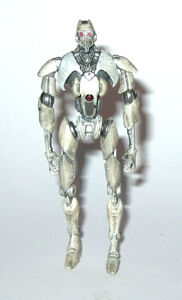 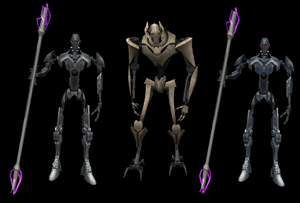 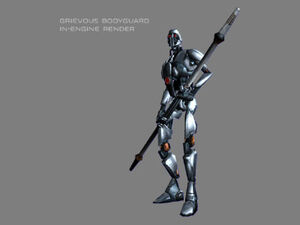 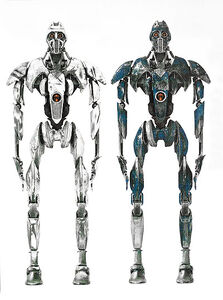 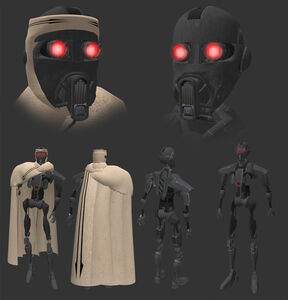 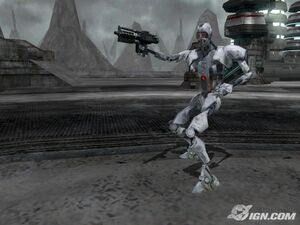 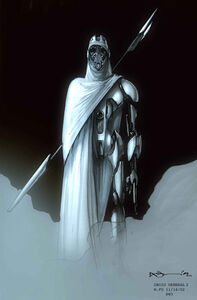 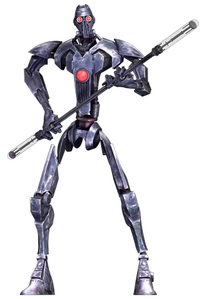 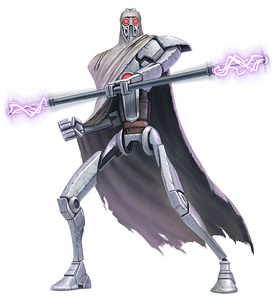 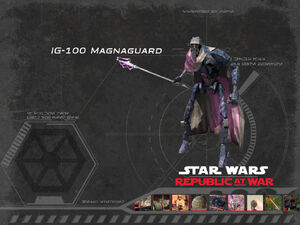 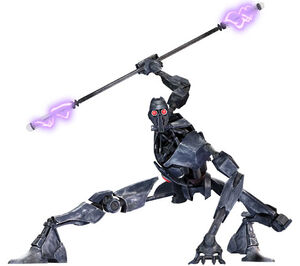 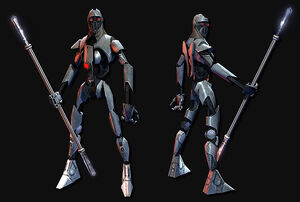 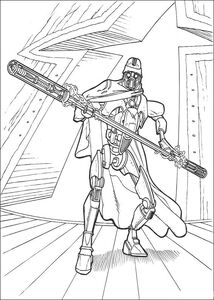 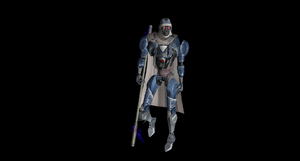 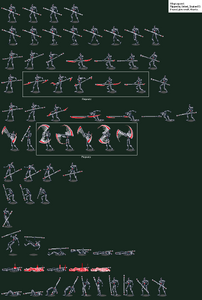