Terrorist, founder and leader of the Brotherhood of Evil Mutants, ruler of Genosha and Asteroid M

To wipe out or conquer all humans and have mutants rule the earth.

Magneto is a powerful mutant and supervillain from the Marvel series X-Men and is the archenemy of the X-Men. Despite once being close friends with Professor Xavier, the two became enemies when Xavier championed the co-existence of mutant and human kind working together. To Magento such a system was impossible and he instead championed a violent pro-mutant stance, one which saw humans as the enemy in a genetic war and promoted the idea that mutants should become the dominant species on Earth.

In addition to his traditional role as the adversary of the X-Men, Magneto has fought against several other heroes and villains in the Marvel universe, and also foguht with both the X-Men and other heroes on numerous occasions, even becoming the leader of the X-Men for an extended period of time, all to achieve his goal of protecting mutantkind.

He is the father of the Scarlet Witch and Quicksilver, both of whom were originally part of his terrorist organization known as the Brotherhood of Evil Mutants (later referred to simply as the Brotherhood, as Magneto became a more morally "grey" character).

A holocaust survivor, Magneto was a young boy by the name Max Eisenhardt growing up in Nazi-Germany when he was torn from his parents and sent to a concentration camp.

As an adult, witnessing a rising hatred of mutants, he feared that mutants may suffer the same fate as the oppressed races of the holocaust.

He came to hate mankind for its failure to accept those who are different and became increasingly dogmatic in his views, unable to accept differences in opinion and often seeing mutants that displayed human-friendly views as either foolish or misguided - in a tragic irony Magneto would start to mirror the qualities of those who had oppressed his people and only much later in his life did Magneto finally acknowledge this, having been blinded by his hatred for a large portion of his career.

Magneto, often referred to as the "Master Of Magnetism" has control over the entire electromagnetic spectrum - this manifests most famously as control over any magnetic metal, allowing him to shape it to his will.. however his control is so great that he can also generate force-fields, electrical-energy, amplify his strength to superhuman levels and also manipulate some other forms of energy. In many appearances Magneto wears a helmet specially designed to block out telepathic assaults and even without the helmet has shown some resistance to psychic attacks, of course he is no match for Xavier's psychic powers.

He is also extremely knowledgeable and has shown some degree of resistance to age (though so do many characters in the series).

"We support equal rights for all beings - but you seek rights above those of humanity, you are willing to threaten anyone that disagrees with you - that makes you no better than a terrorist" ~ Sue Storm (Invisible Woman)

Magneto wants to protect the mutant race from what he views as the inherent evil of mankind, deeply cynical and often merciless he also holds the belief that mutants are superior to humans and should be treated as such - he is also a terrorist who destroys any he views as being a danger to his kind, including other mutants if necessary - however he is not quite as monstrous as some X-Men villains, such as Apocalypse, and doesn't wish to specifically enslave the world, rather shape it into his own vision of right and wrong. To achieve his ultimate goal of protecting mutantkind, Magneto has on various occasions allied with heroes such as the X-Men.

After most of the mutant population was depowered in the comics due to Scarlet Witch altering reality, after failing numerous attempts to reverse this, Magneto joined the X-Men to protect what is left of mutantkind despite the fact he cannot be fully trusted due to his past actions. 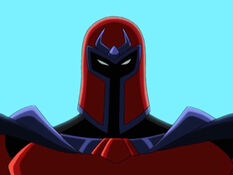 Magneto (Wolverine and the X-Men) 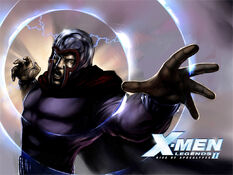 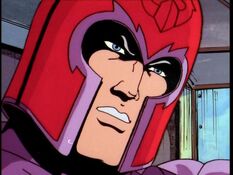 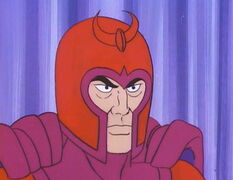 Magneto (Spider-Man and his Super Friends) 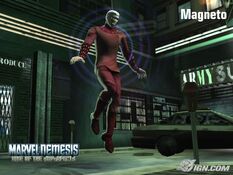 magento in his new outfit 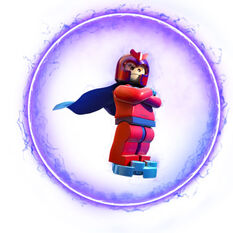 Lego version
Add a photo to this gallery

Retrieved from "https://villains.fandom.com/wiki/Magneto?oldid=845483"
Community content is available under CC-BY-SA unless otherwise noted.