Steal expensive valuables that are viewed as "shiny".
Kill anyone that may get in her way (both failed).

Margot, also known as Magpie, is an antagonist in the TV show, Batwoman. Magpie is an extremely intelligent thief who is drawn to shiny and expensive objests and thus giving her the idea to steal the rich.

She was portrayed by Rachel Matthews.

Margot had a career as a photographer she used as a cover to case the places she wanted to steal from. At some point, she took up the name "Magpie" when doing this. After multiple robberies, Margot was almost caught by a guard and she used explosives that severely injured him to escape, catching the media's attention in the process. She also had a secret base of operations that has sensors, that if activated, will blow up the room and likely kill anyone who trespasses. The bomb is located in Magpie’s nest in said room.

When Kate Kane authorized Margot to put Martha Wayne's necklace on display to represent strong women in Gotham City at the Museum of Antiquities, she took pictures of the necklace until Roxanna said that they had enough. That night, as Magpie, she tried to steal jewels in a museum but Batwoman showed up. After a brief fight, she escaped via the window. Later, still as Magpie, she broke into Wayne Tower and stole Martha Wayne's necklace after knocking out Luke Fox. She printed out a 3D copy of the necklace rigged with explosives and put it on display to distract Batwoman, so she could steal various jewels in the museum. However, she was foiled by Batwoman and incarcerated at Blackgate Penitentiary.

Magpie believes everything she does is for the greater good, despite the people she hurts or kills. Her main goal is to survive in life, even though she lets her greed overtake her as she steals expensive, shiny objects. She is also a kleptomaniac herself which means she’s also attracted to shiny objects like how all magpies are. Ultimately, she feels as if she has to do all these bad things to survive since she wasn't born like most of Gotham's elite. 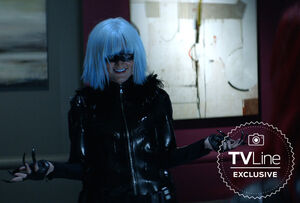 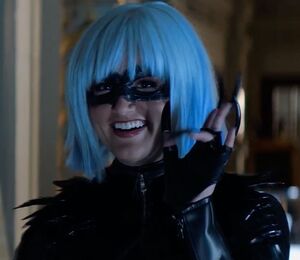 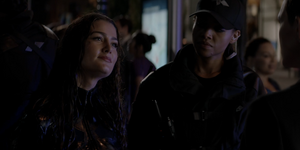