Hanging out with Kenjaku and his fellow Curses.
Teasing Jogo.
Killing people while experimenting with his abilities.

Eradicate humanity and replace the population with Cursed Spirits.

Have Sukuna completely take over Yuji Itadori's body (all ongoing).

Mahito is one of the three main antagonists (alongside Sukuna and Kenjaku) of the anime and manga series, Jujutsu Kaisen. He is a Cursed Spirit allied with Kenjaku. His group's ultimate goal is the eradication of humanity and ultimately replacing the population with Cursed Spirits.

He is voiced by Nobunaga Shimazaki in the Japanese dub and Lucien Dodge in the English dub.

Mahito is a human-looking Cursed Spirit with a patchwork face and gray eyes. (In the anime, Mahito also possesses heterochromia, as his left eye is dark blue and his right eye is gray.) He has long grayish-blue hair that reaches past his neck and is sectioned off into three large strands with ties at the ends. Along with his face, Mahito stitches all across his body that gives him the appearance that he was sewn together.

Mahito normally sports a black shawl that is separated into three pieces on the left sleeve. He also wears matching pants with and sometimes without white shoes.

A sadistic, Mahito is a immature Cursed Spirit who enjoys toying with human emotions. He believes he was born from human transgressions and considers himself the very manifestation of humans' hatred of each other. As such, he believes that humans should be extinguished and Cursed Spirits should rule in their place.

Mahito has no sympathy for human lives and appears to place little value on even his own life. He is devoted to his cause, believing that reviving Sukuna is more important than his own well being. As long as Cursed Spirits eventually reign supreme, he cares not if he's there to see it. Unlike his ally Jogo, who is very short-tempered and arrogant, he can remain relatively calm and is playful in nature. Even so, they agree on the same goals when it comes to their race.

Described as extremely immature and has a superficiality about him that's similar to Satoru Gojo. He enjoys toying with humans, even in battle when his life is on the line. Mahito befriended Junpei Yoshino simply because he saw him as a toy that could be fun to play with. He coerced Junpei into becoming a Curse User by feeding on his hatred. When his toy ran out of use, he used him as leverage against Yuji Itadori and even killed him without a second thought.

Mahito is also very philosophical when it comes to the concept of souls. He believes that the human soul came before the body and is intrigued by the very nature of the soul. His Cursed Technique is derived from this obsession, and he uses it to experiment on human victims in order to gain further knowledge. 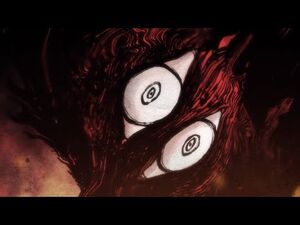 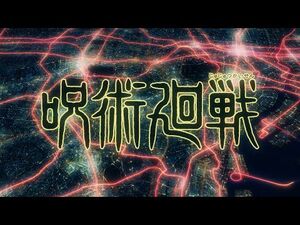 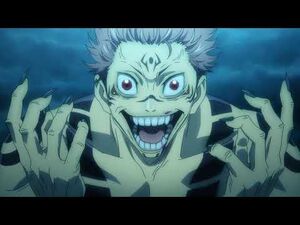 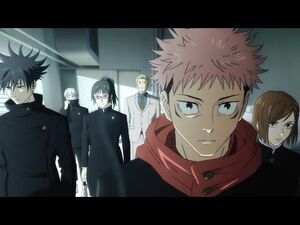