Villains Wiki is dedicated to creating a database of villains from all media, ranging from cartoons to movies, books, video games and comics. Without the villain, there is rarely a plot, and this wiki aims to showcase the characters we all love to hate.

James Moriarty fanart by LadyKylin
Sheldon James Plankton, or better known as Plankton, is the main antagonist of the Nickelodeon's SpongeBob SquarePants franchise. He is the best friend-turned-archenemy of Mr. Krabs and SpongeBob SquarePants. He serves as the main antagonist of the TV show and The SpongeBob SquarePants Movie, the anti-heroic deuteragonist of The SpongeBob Movie: Sponge Out of Water and the overarching antagonist-turned-supporting protagonist in The SpongeBob Movie: Sponge on The Run. He runs an unsuccessful restaurant called the Chum Bucket along with his robotic wife/sidekick Karen, and constantly plots to both expand his business (usually by stealing the Krabby Patty secret recipe) and eventually take over the world. He is voiced by Doug Lawrence, who also voiced Edward Platypus in Camp Lazlo and Filburt Turtle in Rocko's Modern Life. In the musical adaptation, he was portrayed by Wesley Taylor. To Vote for next month's Villain For Headline, go to VFH
The Villains Wiki is a mirror version to the Heroes Wiki and is dedicated to creating a database of all known villains from all media - ranging from Saturday morning cartoon shows of old to books, video games and comics. Without the villain, there is rarely a plot, and this wiki aims to showcase the characters we all love to hate. All are welcome to join in and contribute here, so long as edits are constructive, discussions are positive, and both are relevant to the subject of villains.For more information about how you can get started here, please check the "Helping Out" section below, and be sure to mind our "Rules and Policies." Thanks for stopping by!
Before contributing, please read our rules and abide by them. NO REAL WORLD EXAMPLES - in order to keep our wiki as neutral as possible we will no longer be allowing the creation of "Real World" articles, unlike fiction the real-world is rarely black and white in terms of morality and one man's "villain" can be another man's "hero" (no matter how wicked they may appear). As such we have decided to stop the practice of adding real-world articles to this wiki and are now catering exclusively to fiction, folklore and theological figures. NO FAN-FICTION - We do not allow fan-fiction on this wiki. Original content is to be kept on your user page. Only notable "fiction" (NOT OF ONES OWN MAKING) is allowed. If something is not found on KnowYourMeme.com or does not have videos on Youtube not made by the original author then it will be deleted on sight. Plagiarism - Any article added to this wiki must be of your own making. Articles found to be taken from other sites without permission will be deleted without warning.

Well It has been two weeks, so I will be covering the Mortal Kombat film.

Alright, got a rather interesting candidate to discuss from a movie I recently watched and this is a huge spoiler so be… 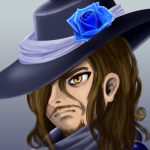 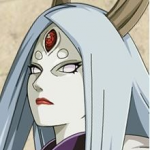