The Majestic Council of the Twelve

Majestic-12, MJ12, MJ-12, Those Who Rule in Majesty, The Twelve, They Who Rule the World in Majesty

The Majestic Council of the Twelve, Majestic 12, MJ12, MJ-12, Those Who Rule in Majesty, The Twelve, or They Who Rule the World in Majesty, is an organization and secret society made up of elites and powerful figures who are conspiring to rule the world and are the main antagonists of the cyber-punk dystopian RPG, Deus Ex. It is a secret society that was once part of the Illuminati but in 2035, they launched a military coup and took over their entire system and overthrew them. Majestic 12 is currently led by Bob Page and is currently at war with splinter-cell factions of the Illuminati.

Majestic-12 is a branch of the Illuminati next to the Bilderberg Group and was founded around the time of the 20th century in the year 1947. The Illuminati leadership had realized that they would need to control both financial and technology in an effort to achieve their goals. Majestic-12 had become a branch of the Illuminati and became the leader of Illuminati technology and communications and were given suppressed technologies as well to control both legal and illegal drug distribution. Majestic-12 was also put in charge of introducing diseases and was put in charge of influencing (and possibly managing) world intelligence organizations. The group dates back to 1947 (see real world conspiracy here) after a UFO had crash-landed in Roswell, New Mexico and was retrieved by the military. The UFO had remained intact and began to be examined by the US military. The President of the United States had ordered the extraction of the UFO technologies and the US government had did whatever they could to suppress the incident and keep it hidden from public eye. In the fields of communication was where MJ12 had struggled the most. MJ12 had been able to link up satellite communication but when the internet began to rise, Majestic-12 had to gather large amounts of resources to accomplish their goals.

By the start of the 21st Century, Majestic-12 had cemented their dominance in both Europe and Asia and began to allow the United States to collapse by the early 21st century so the nation could fall under their rule and the US government can suspend the constitution. In 2030 a massive earthquake had stricken the west coast and had submerged all of southern California and most of the west coast underwater. This led to the rising authoritarian government and the remnants of the west coast to be declared disaster areas and this led to the formation of the National Secessionist Forces and declared all areas they controlled to be independent nations. The US government had responded with martial law and all secession attempts failed and by 2035, Majestic-12 had control over all political, military, financial and religious arms of the Illuminati and Majestic-12 had became the de facto rulers of Europe and Asia and began to have the US become the first nation to fall under their rule. By 2052 Majestic-12 had control over UNATCO and the United Nations as they establish their own global hegemony and their own One-World Government.

By the year 2052 (main year for Deus Ex) Majestic-12 had full control over the United Nations Anti-Terrorist Coalition, an international counter-terrorist organization to combat the rise of international terrorism and used the organization to grow their dominance over the world. As the game goes on, UNATCO Director Joseph Manderley had been discovered to be part of the organization and had assisted in allowing UNATCO to support Majestic-12 and their global hegemony. By this time, the Illuminati is in such a disarray, that MJ12 has officially taken over nearly everything they once controlled and only small pockets of remnants remain.

Also occurring during the present time, MJ12 has began plans on what will they exactly do next. Bob Page then organizes a plan to rule the world with a new biological weapon known as the Grey Death. The virus itself is very deadly and thus, they release it upon the world. This leads to economic and social collapse all across the world and in the United States, it's leaving the country in conditions worse than it has ever been. After releasing the virus, they start the massive global epidemic and it begins to spread to all major American cities and even the rural areas of the country. MJ12 then causes the entire country and the world to collapse with the disease having a 93% fatality rate and places like New York completely infected, they take advantage of this new chaos and put all infected cities under martial law, gain control over military forces, and deploy them to reinforce MJ12's power.

Because of the actions taken by JC Denton at the end of Deus Ex, Majestic-12 begins to fall apart. Their base at Area-51 was compromised when JC found it and used a missile strike against the base and effectively destroyed it entirely. Bob Page was killed and soon, the organization was gaining more and more enemies and pressure beating up on them. By 2072, MJ12 has officially been dissolved as there are no characters who are members of MJ12 and later on, the Illuminati gains a revival and has established a new authority.

Majestic-12 is a very strict and illusive secret society and it helps them maintain and keep their grip on the world. MJ12 was lead by Bob Page and the Second-In-Command had become Walton Simons following Morgan Everett's defection back to the Illuminati. MJ12 was kept under intense control by its leadership yet it kept the secret society in check and alive and well and in power. Other leaders are most likely world leaders, government officials, and other lower-ranking yet important MJ12 officials and major members.

Majestic-12 has a very strict and detailed list of how its members will act and so does it society. All members of MJ12 are required by the Doctrine of the Mighty, the official founding document of MJ12, to give up their birth names and be replaced with numbers based off of genetic information of the person. Many MJ12 Agents are themselves nothing more but mere numbers because of this. Each member must also take an oath and promise to follow and keep four major secrets and never reveal them to anyone outside of MJ12.

Majestic-12 has been able to set up their own advanced internet connection system and is immune from connection from the outside world. This allows different parts of MJ12 to operate and speak to one-another based off of different operations and activities without interference from the outside world. Majestic-12 Net or MJ12Net is the name of the official internet service that MJ12 uses all the time and is only available and used by official members of MJ12.  Due to the society's control over the world's technology and internet resources, this allows them to communicate in secrecy.

Following the rise to power and global takeover, Majestic-12 is able to muster up and manage an official military armed forces. Majestic-12 controlled a vast private army from facilities and countries under their complete control at the height of their power and they were used to enforce the tyrannical rule of MJ12 all over the world. MJ12 soldiers and operatives vary based on their current ranking and position but they are advanced and heavily trained and equipped for battle making them fierce warriors. All of MJ12's military personal hide under the notion of being part of a "private company" when in reality they are the official soldiers of the de facto rulers of the world.

A powerful and influential company, VersaLife is a human-agumnetation company that specializes in advanced technology and other fields. it is lead by Bob Page in 2052, leaving the organization in the hands of MJ12. They supply the needed augmentations and resources for MJ12 to control and manipulate augmented people around the world, turning them into human proxies.

UNATCO was once under the Illuminati's control but after they were overthrown, it has since then fallen under MJ12's control and authority. The UNATCO Leader is a member of Majestic-12 and the organization secretly assists and supports MJ12's global hegemony and dominance over the world. They also use the organization to quell resistance like that of the Silhouette organization based in France.

The United Nations was once used by the Illuminati but has since then fallen under MJ12's control. The UN is used to assist and assert MJ12's dominance and control over the world and is also used to advance the agenda of creating a global government that controls and governs every single person on Earth in every single nation.

FEMA is a US Government Agency created to respond to disaster relief and does covert operations for the US Government. It's part of the Department of Homeland Security and claims to protect American Citizens but is only a lie in reality. It serves as part of Majestic 12 and assists in their global hegemony as they are reported to have detained up to 6 million Americans as said in a newspaper and most likely imprison the enemies of Majestic 12 to keep their grip on the world in check.

Interpol was once part of the Illuminati during the 2020s but has now fallen under Majestic 12's control. They now scavenge the Earth in search of any form of resistance towards MJ12. In the 2050s, Interpol collaborates with UNATCO in whipping out the enemies to MJ12 and has even blacklisted many people such as JC Denton as a terrorist even though he's innocent showing how Interpol in MJ12 propaganda and is the society's pawn now.

By the time Majestic 12 had tooken over all of Europe, the government of France was one out of many that had fallen under its control. In 2035, the French Government had became a part of Majestic 12 after their takeover of France and the rest of Europe. The government acts as one of MJ12's pawns and is currently at war against Silhouette which is trying to overthrow them.

In the late 2030s/eaely 2040s, the government of the United States had fell under Mamjestic 12's control following their conquest of the United States. Over the course of the years, the US Government has been growing more and more tyrannical and has also been infiltrated by people like Walton Simons who is a member of Majestic 12. The US Government also allows UNATCO Forces to be stationed in the US and overall is under MJ12's absolute control. 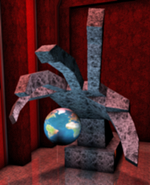 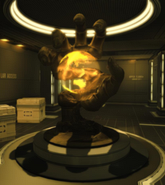 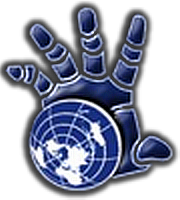 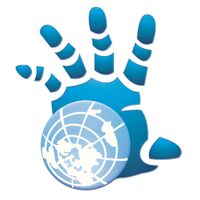 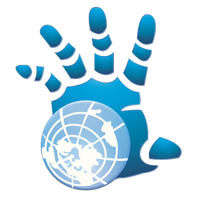 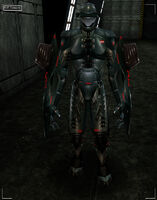 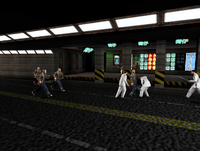 Victims of the Gray Death and MJ12 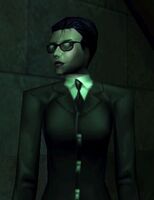 Retrieved from "https://villains.fandom.com/wiki/Majestic_12?oldid=4346106"
Community content is available under CC-BY-SA unless otherwise noted.