Agent of the Incorporated Administrative Agency

To reboot the Digital World in order to allow her Digimon partner to reborn (succeeded).

Maki Himekawa is one of secondary antagonists of Digimon Adventure tri.. She is working with King Drasil and Dark Gennai.

She was voiced by Yuko Kaida in the Japanese Version and Cherami Leigh in the English Version.

Maki is a young woman with fair skin, chin-length brown hair, and amber eyes. She wears a grey shirt, a black blazer with a pocket on each side and two black buttons, a black business skirt, brown pantyhose, and black high heels.

Maki was one of the original DigiDestined and was partnered with Tapirmon. During a climatic, losing battle against the Dark Masters, Maki went to comfort Megadramon (Tapirmon's Ultimate form), then tried to rally Daigo Nishijima, who was ready to give up. However, just as all seemed lost, she was possessed by Homeostasis, who used her Digivice to make the children's Partners digivolve. After regaining control of her body, she begged that Megadramon was the only one left, while Daigo told her there was no time. She then watched as the other four Digimon became the Harmonious Ones while Megadramon sacrificed itself to channel an immense energy attack against the Dark Masters. Heartbroken, Maki questioned why only four of the Digimon were saved, and stared in shock at her broken Digivice. Afterward, she became obsessed with finding a way to see Tapirmon again.

Years later, Maki and Daigo attend the same college. Maki learns the Digital World can be rebooted and informs Daigo, telling him that she intends to continue pursuing this plan after she graduates. Worried, Daigo tried to dissuade her from it and asked to instead be her "new partner". Although Maki laughed at his awkward manner, joking that he has been watching too much TV, she agrees to date him.

However, at some point Maki and Daigo broke up. Both also became coworkers at the Incorporated Administrative Agency. At some point, she was emailed by the Dark Gennai, who claimed the reboot would be possible if they used Meicoomon and asked her to collaborate with King Drasil, to which she agreed.

In the week before June 19, 2005, she discusses the witnesses of the infected Digimon with Daigo over the phone, while using her computer to monitor the locations of the DigiDestined of 1999 and note that the 2002 group is missing.

When Meicoomon changes form, destroys Leomon and escapes into another distortion. Maki was shocked and smile at same time.

After DigiDestineds reunite with their partner Digimon, who warily befriend them despite having lost their memories. Maki confronts the Digimon Emperor, who is revealed to resemble Gennai but with a black outfit.

Maki goes missing in the real world as Daigo looks for her. Maki is in the Digital World looking for her partner Tapirmon so they may be reunited. Maki is successful as she finds Tapirmon but he does not remember her and becomes frightened by Maki's insistence that he remember her.

After seeing what her effort earned her, she appears in the dark sea with a gun driving away the mysterious inhabitants of that place and insisting that Taprimon come to what makes her sad until at one moment she loses consciousness and then the tide of the dark sea takes her away.

She doesn't make appear but she is mentioned by Daigo to tell Tai a truth about missing four DigiDestineds (Davis, Yolei, Cody & Ken), plan about her Digimon parther as & Reboot to Digital World. 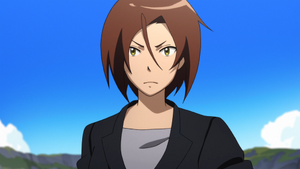 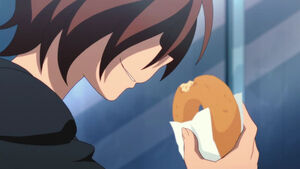 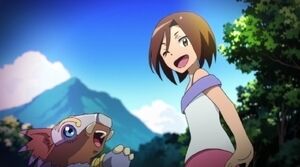 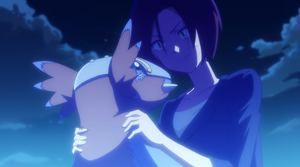 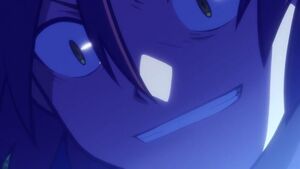 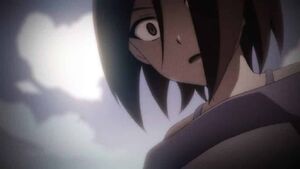 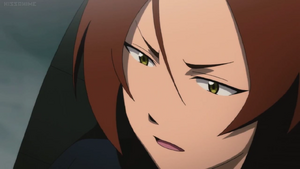 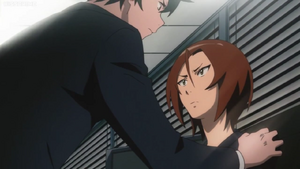 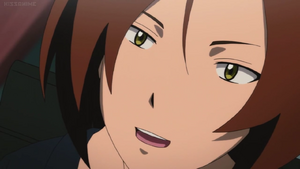 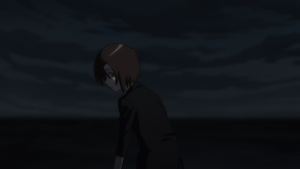 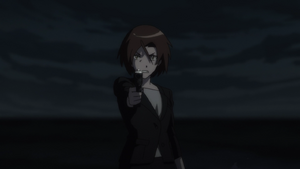 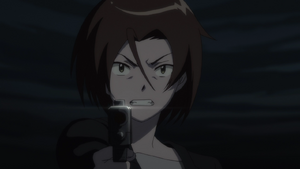 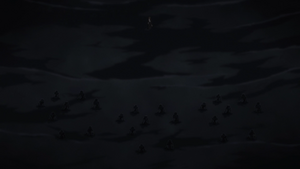 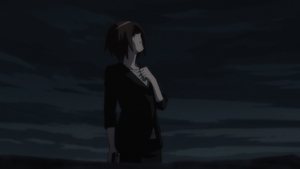 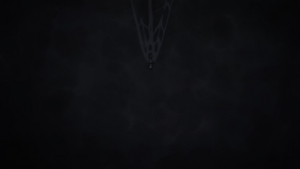 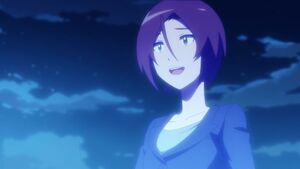 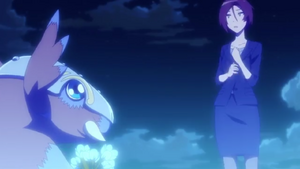 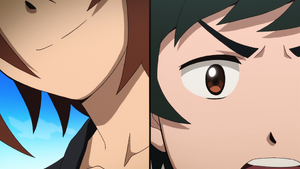 Retrieved from "https://villains.fandom.com/wiki/Maki_Himekawa?oldid=3413366"
Community content is available under CC-BY-SA unless otherwise noted.