NOTE: This article is about the incarnation of Makuta from the reboot series. The orignal version can be found here: Makuta Teridax.

Leader of the Skull Army

Take over Okoto after obtaining both the Mask of Control and the Mask of Ultimate Power (failed).

Power-Hungry Dark Lord
Makuta, also known as The Mask Hoarder is the main antagonist in the 2015 reboot of the BIONICLE series alongside Umarak, as well as the Bigger Bad of Season 1.

He was one of the two skilled Mask-Makers of Okoto, working alongside his brother Ekimu to produce Masks of Power for the villagers. However, his jealousy drove him to betray his brother, and seek to rule the island. While the Makuta never appeared directly in the 2015 storyline except in the very beginning, he eventually took the role of the major antagonist and was also revealed to be the master of Kulta and the Skull Army. He was based on his G1 counterpart Makuta Teridax.

He was voiced by William Jordan in BIONICLE: The Journey to One.

Makuta began life as an ambitious mask-maker alongside his brother Ekimu, forging great Masks of Power for the villagers of the island. However, Makuta felt overshadowed by his brother, for Ekimu's works received more praise from the villagers than his own. Over time, the seed of jealousy grew within him, making him increasingly bitter.

Finally, Makuta snapped, and decided to break the sacred laws of Okoto by combining all six elements into a single mask. When he presented this mask onning this Mask of Ultimate Power, he became twisted and corrupted by, and sought to rule all of Okoto. In desperation, Ekimu was forced to fight his brother, and used his hammer to strike the mask from Makuta's face. The force of the blow shattered the mask, and the resulting shockwave sent Ekimu into a coma, while Makuta mysteriously disappeared.

However even in another life, the Mask of Ultimate Power still resounded across the island,with it's power, Makuta (now in a dark cloud form) managed to bring back from the death soldiers and champions of the ruined Okoto's ancient citadel and corrupting their appearance until being a demonic undead army.Makuta had controll of other rahis of the land,such as skull spiders.

His new plan was to send the skull spiders to the places were the elemental masks were resting,and rise the Skull Army from Okoto in order to steal the Mask of Creation,in both plans Makuta's pawns were defeated by the Elemental Heroes alongside Ekimu. 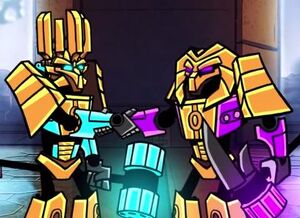 Makuta and his brother, Ekimu. 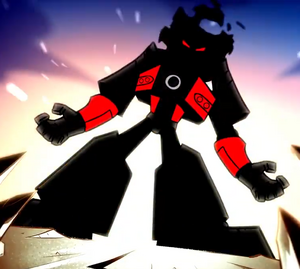 Makuta after his corruption. 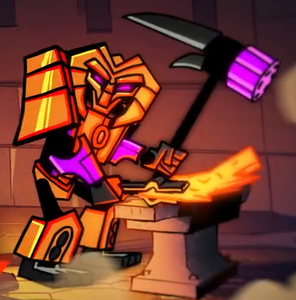 Makuta as his time as the Mask Hoarder before his corruption. 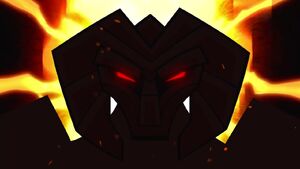 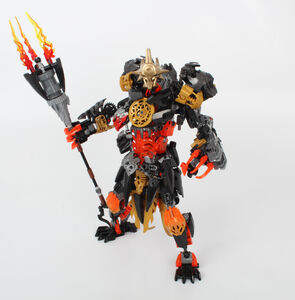 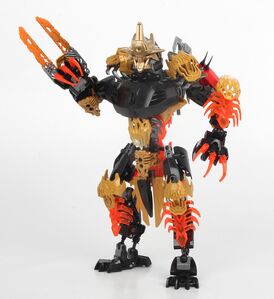 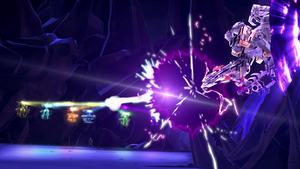 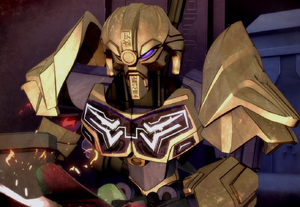 Makuta in Bionicle: Journey of Light.