Kill Benjamin Browning to prevent him from ruining his chances of becoming prime minister (succeeded, but failed after his reincarnation).

Malcolm Bart is the main antagonist of Joe Camp's 1980 comedy film Oh! Heavenly Dog, and a major character in the 1980 short documentary Benji at Work. He is Alistair Becket's assistant who wants to become prime minister by murdering his lover, Patricia Elliot to prevent him from ruining their goals.

He was portrayed by the late Omar Sharif.

Malcolm Bart has been wanting to become prime minister with Alistair Becket and spent 12 years getting prepared. Becket fell in love with a woman named Patricia Elliot and they were married. However, she became engaged with their rival, Quimby Charles, a member of Parliament and they planned to get rid of her. Bart didn't want Patricia to ruin their political ambitions and he kills her to prevent that from happening. At Benjamin Browning's office, Bart arrives at his office and claims to be Quimby Charles. He offers Browning a job to look after Patricia as her bodyguard and he reluctantly accepts the job. He arrives at the flat, but discovers that her door is unlocked. As he searches the residence, he discovers Patricia's corpse. Bart fatally stabs Browning in his back and takes Patricia's pendant as he leaves.

In the afterlife, Browning awakens at an "intermediate destination evaluation facility", where a counselor named Mr. Higgins informs Benjamin of his death. Before Browning can enter heaven or hell, he must complete an assessment assignment that requires him to return to life to solve his own murder. Seeing a front-page newspaper story about the crime, Benjamin realizes that the man was named Malcolm Bart and was impersonating Quimby Charles. Soon, Benjamin learns, much to his chagrin, that he will be reincarnated as a dog named Benji. Benji is reincarnated and lands in Paris and hitches a ride in Jackie's car.

In London, he searches for his killer, and is thrown out of Carlton Court, the building of Patricia's flat. Behind the hotel, Benjamin converses with Freddie, who has been reincarnated as a cat after being killed in a car accident. Freddie directs him to Patricia's flat and he enters a window, where he accidentally knocks over an object. Bart hears the commotion and hides in a closet. Browning notices a telephone number in Patricia's calendar, marked on the day before his death. He tries to look for the date, but Bart has taken it. Using a pencil to dial a rotary phone, Browning discovers the phone number is the Needham Gallery. Soon, Benji sees Jackie in a conversation with the building manager. When the manager threatens to notify Scotland Yard about the dog, Browning disappears.

Soon, Jackie visits the Needham Gallery, and leaves Benji in her car. There, she meets Montanero, an artist whose work Patricia often used in her interior design work, and Jackie invites him to her flat for dinner. Jackie is introduced to Alistair Becket, who shows great interest in her book. Browning searches the gallery, and soon sees Jackie talking to Bart. At the sight of the dog on Jackie's lap, Bart leaves with Benji following him. Benji catches up to him and Bart begins attacking him, but an old lady beats him up and he is forced to leave.

Later, Jackie asks for Patricia's client list, but her building manager refuses. Later still, Jackie interviews Becket, and asks his help to gain access to Patricia's flat. He then summons Bart. While the men talk with Jackie, a painting of the Swiss Alps hanging in Becket's office reminds Browning that Patricia vacationed there, and he suspects a connection.

Later in Patricia's flat, Browning sees Bart remove evidence and hides under his desk. Suddenly, Mr. Higgins appears, and temporarily switches the dog back to his human form to warn him that a mistake was made. His dog body will expire sooner than expected, and he will have to leave before he solves his murder. Benjamin protests, and says he will not leave before the crime is solved.

Upon realizing the letters stand for "Alistair loves Patricia", Browning searches Jackie's police photographs and notices that Patricia was no longer wearing the pendent. Browning grabs the pendent in his mouth and heads to Jackie's lunch. However, Bart chases him through the parking lot and shoots at him until Browning runs into an alley. There, Browning transforms into human form by Mr. Higgins and Bart arrives. Bart asks Browning about the dog, but he tricks him by telling him that Benji ran up the wall in order to escape and he leaves.

Benji later shows up at the restaurant as Browning with the pendant in his mouth. Becket grabs the pendant away from Jackie, and accuses her of derailing his plan to become prime minister. Browning turns on Jackie's tape recorder just as Becket confesses his love for Patricia. When Jackie accuses Becket of Patricia's murder, Bart appears and confesses to the crime, unaware that a waiter is behind him and heard him. Bart tries to shoot Benji for ruining his chances of becoming prime minister, but Jackie shields him and hits her instead. Meanwhile, the waiter informs the police about him and he is arrested after murdering Jackie. However, she is reincarnated as a cat and is reunited with Benji. 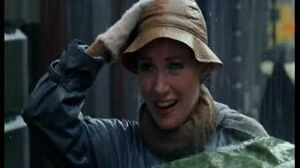 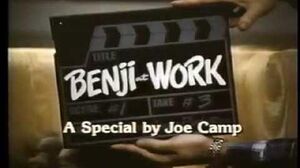 Benji At Work (1980)
Bart's appearance as a supporting character in the 1980 short Benji at Work.