Get rid of the zombies. (succeeded)

Malcom Cortez is a major antagonist in Marvel Zombies. He is the son of the late Fabian Cortez and has great hatred toward the zombies because of their actions to the point where he refuses to accept them even when they lost the hunger, which is somewhat ironic, as Malcom is a mutant, and mutants were persecuted by normal humans, which is what he is doing to the zombies.

While he is considered a villain, he only does villainous acts because he wants humanity to re-establish their dominance over the Earth.

Malcom is first introduced telling some of the survivors that they should start to live, instead of trying to survive. He is the one who ordered the Black Panther's assasination. As a result of his actions, Wasp had to infect Panther to prevent his death. Forge tells him after the incident that if he thinks the attack won't be linked to him, he's crazy. Cortez counters this, saying he had many people on his side before Panther was infected. When Panther, Wasp, and Hawkeye try to escape, he begins to prepare their excution. However, he is interrupted by the arrival of the Galacti. Malcom is later forced to work with the good zombies to stop the Galacti. However, he still refuses to accept them even when they lose the hunger, but agrees to help stop the Hulk from eating everyone.

In the aftermath, he transports the zombies to Earth Z and kills Forge. Malcom makes a few cameo appearances in Marvel Zombies Return. He is mentioned by Spider-Man upon arrival and appears in a flashback. 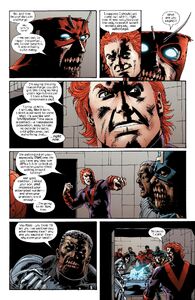 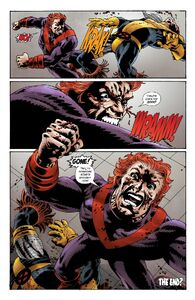 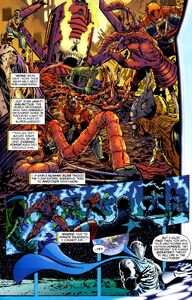 Cortez seen in a flashback of Marvel Zombies Return.
Add a photo to this gallery
Retrieved from "https://villains.fandom.com/wiki/Malcom_Cortez?oldid=3927660"
Community content is available under CC-BY-SA unless otherwise noted.