NOTE: This article is about the incarnation of Malebolgia from the HBO series. The mainstream version can be found here: Malebolgia.

The Devil Malebolgia
The Master

Ruler of the 8th Sphere of Hell

Have Spawn impregnated Wanda and use the child as his pawn for his plans for the Armageddon (succeeded).

Malebolgia is the unseen overarching antagonist of the 1997 HBO series Todd McFarlane's Spawn. He is the mysterious demon that made a deal with Spawn after his death at the hands of Jason Wynn.

Although he doesn't appear in the series, he appears to be manipulative as he tricks Spawn twice by giving Al Simmons a chance of meeting his wife again, only to become a servant of his and tricking into impregnating Wanda with his baby and plans to use the child to further his plans.

Nothing is known about Malebolgia's backstory. Five years prior to the series, after Al Simmons was killed by Jason Wynn and Chapel, Malebolgia made a deal with Spawn. They made a pact: he becomes a soldier for his army in return he walks back to Earth to see Wanda again.

Malebolgia sends Violator to train Spawn as his selective warriors for his army once he leads them to earth. In the alleys, Spawn has a nightmare about his past life and hell, where he is being tortured by Violator. An evil laugh can be heard in the background, presumably Malebolgia tormenting Spawn.

Malebolgia makes connects to a cab driver who is also a member of the Klu Klux Klan and kills people for him.

After Spawn wakes up from a bad dream, Cogliostro warns about his master, Malebolgia, and must be wary of straying to the dark side. But Spawn tells him that he can break the curse in his own way.

It was revealed by Cogliostro that Malebolgia tricked Spawn into impregnating Wanda and plans to use the child to conquer Heaven. A prophecy that a Hellspawn would plant its seed into a human woman, the child would be born and decide the outcome of the Armageddon. 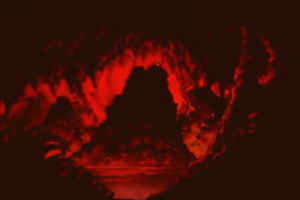 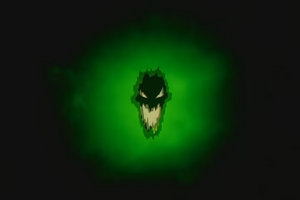