He is voiced by Jim Cummings.

In the episode, Return to Cynder, Cynder had ran from home to become a Skylander behind her father's back by claiming she was going to the mall. When Cynder returned to the underworld, Malefor had been looking for her and eventually found Cynder, but in the company of a group of Skylanders lead by Spyro.

Malefor's firebreath meant for Spyro was suddenly pushed back by Cynder's Spectral Lightning breath, resulting a big explosion. To Malefor's surprise, Cynder revealed that she doesn't want to be evil and wants to be a Skylander, a battler for good. Betrayed, Malefor disowned Cynder as she left with the Skylanders, proclaiming that she will not be his daughter, but would be his enemy the next time they meet. In addition to his threat, Malefor declared that he won't save any tacos for Cynder for taco night.

In the episode Touch of Evil, Malefor was approached by Spyro, who came to the evil dragon king at the request of sending the young dragon to the realm Spyro's ancestors were sent to by Master Eon. However, Malefor was still angry over Spyro's hand in convincing his daughter Cynder to join the Skylanders and instead attacked Spyro, eventually capturing him. 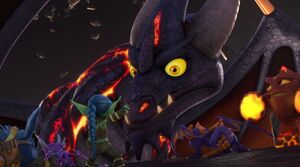 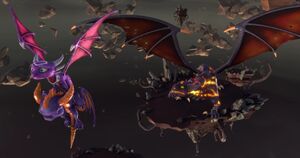 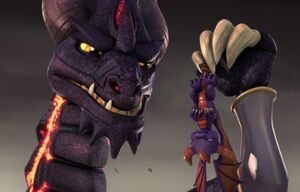 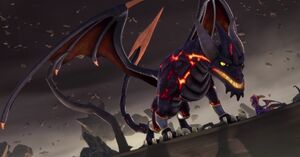 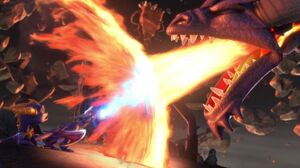 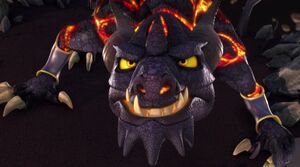 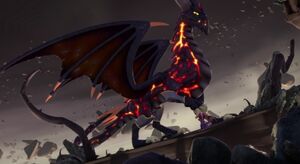 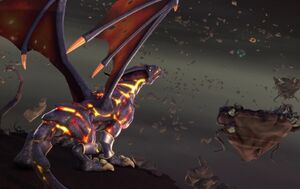 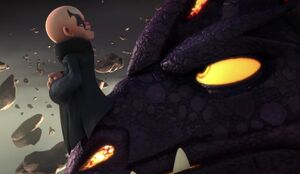 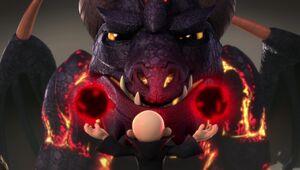 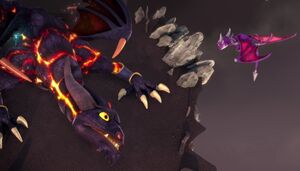 Malefor "injury".
Add a photo to this gallery
Retrieved from "https://villains.fandom.com/wiki/Malefor_(Skylanders_Academy)?oldid=2522845"
Community content is available under CC-BY-SA unless otherwise noted.