The Malevolent Entity is the primary antagonist of Persona 4 Arena and Arena Ultimax who's name is revealed to be Hi-no-Kagutsuchi.

As the true mastermind behind the events of the game, it was the Malevolent Entity who had Labrys thrown into the Midnight Channel after tampering with the artificial maiden's memories. It sought to use the events of the game to break the wills of those involved and turn their Personas into Shadows, to recruit the other selves for a currently unknown goal. It is however revealed that the Malevolent Entity has allied itself with an ordinary human in order to use the human to find something the Malevolent Entity refers to as 'the One True Vessel'. This human, identified only as the Eerie Voice, is implied to have a connection to the Kirijo Group, as he shows himself capable of utilizing Kirijo Group protocols and taking control of Kirijo Group technology such as Labrys at will.

While its true form is unknown, the Malevolent Entity exhibits a wide range of powers; It is capable of appearing out of and disappearing into thin air at will, shape-shifting, duplicating the powers of others, telepathy and even outright mind control, among other abilities. The Entity appears before the Shadow Operatives and the Investigation Team posing as their Shadow Selves in order to weaken the protagonists' resolves throughout the game, and eventually serves as the final boss for Naoto Shirogane and the Shadow Operatives' story modes. 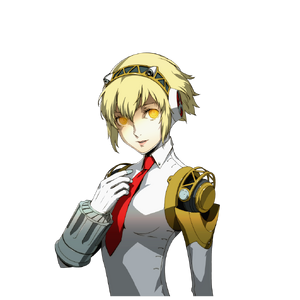 The Malevolent Entity as Shadow Aigis 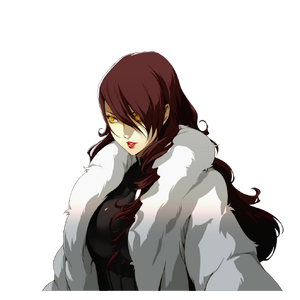 The Malevolent Entity as Shadow Mitsuru 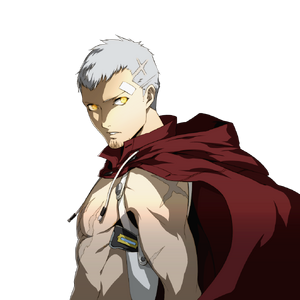 Retrieved from "https://villains.fandom.com/wiki/Malevolent_Entity?oldid=4143279"
Community content is available under CC-BY-SA unless otherwise noted.