Malladus (in Japanase: マラドー, Maradō) was the Demon King of the land that would one day become New Hyrule, and the main antagonist of The Legend of Zelda: Spirit Tracks. Like his predecessor Ganondorf, Malladus is an evil tyrant who wants to take over and rule Hyrule. The Spirits of Good sealed him inside the Spirit Tracks many years to prevent this before the start of the game.

This biography of Malladus is organized into the latest "official Zelda timeline". This may change completely in the future as the timeline given is merely meant as an example, and their have been official timelines before it.

This is the timeline where Ganondorf was sealed after ruling Hyrule and then being defeated by Link, he eventually escaped, leading to the backstory of The Wind Waker.

Malladus is mentioned in the prologue of The Legend of Zelda: Spirit Tracks as the Demon King. When he was sealed into the ground by a set of railroad tracks known as the Spirit Tracks by the spirits of the land, he waited for his chance to be free again. The tracks are referred to as the king's shackles.

The Legend of Zelda: Spirit Tracks

In the beginning of the game, Chancellor Cole separates Zelda's spirit from her body (however, she survives, allowing her and Link to track him down) in order to revive Malladus through the body of a royal Hyrulian. Towards the end of the game, Malladus is revived in Zelda's body, which then makes Byrne, the Lokomo who assisted Cole, demand that he get the power that he desires for freeing the demon. He is instead attacked by the demon king who then escapes to the Dark Realm with Cole on a train of his own called the Demon Train. After this, Byrne decides to try to instead destroy the demon king along with a Phantom Guardian ("Phantom") that Zelda's spirit had possessed.

Eventually, Link uses the Bow of Light to drive Malladus out of Zelda's body, and the Demon Train is destroyed. Malladus tries to repossess Zelda's body, but Byrne stops him and gives Zelda's spirit the power to reenter her body. Enraged, Malladus kills Byrne and possesses Cole, transforming into a monstrous beast similar to Ganon. But Link and Zelda defeat him, and finish him off when they stab him in the head with the Lokomo Sword together, completely destroying Malladus, along with Cole, in an explosion of light.

Due to their being no host for him, Malladus would have remained trapped inside the Spirit Tracks until he faded into nonexistence.

Malladus appears in Super Smash Bros. for 3DS as a trophy. 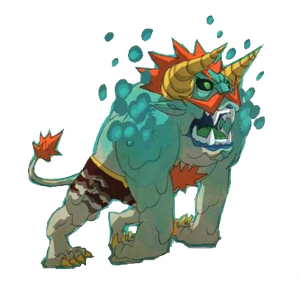 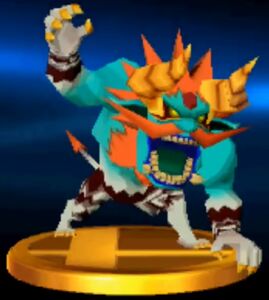