Lord of Destruction
Deity of the Damned

He's a god of destruction who demands sacrifices. Malroth was the deity that Hargon and his cult worshiped; though he is never directly mentioned. Hargon sacrifices his body to be able to summon it as a last resort before the faux High Priest's defeat at the hands of the heroes.

In all of his appearances, safe for Dragon Quest Builders 2, Malroth was almost incapable of speech, preferring annihilation over conversation.

Malroth resembles a reptilian green (sometimes blue) frilled demon with a yellow belly, yellow eyes, four arms, a pair of wings and a snake for a tail. It can breathe fire and heal himself using the spell Full Heal.

Malroth's name is only mentioned occasionally within the game and does not truly appear until the very ending. In the original NES version, the False Idol is known as the Eye of Malroth, this marks the only time he is slightly referenced, but there still exist statues in several dungeons that depict him. In contemporary remakes, like the Android version, summoning a deity of destruction is mentioned to be Hargon's ultimate goal but never referred to with its name until the end.

It is revealed in Dragon Quest Builders 2 that his name is known only in the highest ranks among the Children of Hargon, this was presumably thought up by Hargon himself so that only he could address the deity and, by this tactic, it could only listen personally to his nihilist pleas.

After its original appearance, it has become a recurring monster in the Dragon Quest Monsters series, as well as other spin-offs. 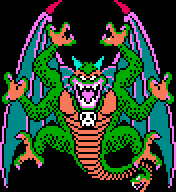 Malroth as it appears on the SNES remake of Dragon Quest II. 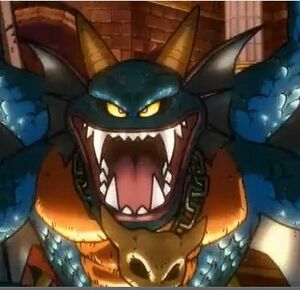 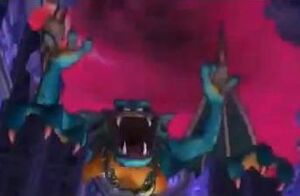 Genosidoh, a corrupted form of Malroth. 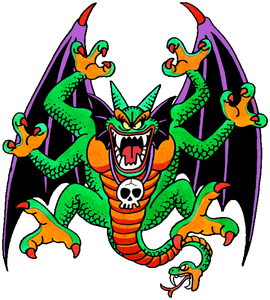 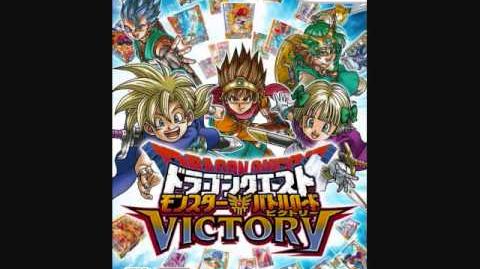