Use his customized Anihilaarg to rewrite time and create his own universe to rule over (failed).

He is a rogue, powerful and psychotic Chronosapien who sought the domination of time itself and the creation of a universe in his own image, being the mastermind behind the Time War he orchestrated, and sought the death of Ben Tennyson.

He was voiced by Mark Hamill, who is best known for playing Luke Skywalker and other villains such as The Joker and Ferris Boyle in Batman: The Animated Series, Abraham Kane in Motorcity, Niju in Balto II: Wolf Quest, Malefor in The Legend of Spyro, Colonel Muska in Castle in the Sky, Ozai in Avatar: The Last Airbender, the Hobgoblin in Spider-Man: The Animated Series, Alvin the Treacherous in the How to Train Your Dragon series, Dr. Stankfoot in Zevo-3, Chucky in Child's Play, the Skeleton King in Super Robot Monkey Team Hyper Force Go!, Maximus in the Fantastic Four animated series, Kavaxas in Tales of the Teenage Mutant Ninja Turtles, Stickybeard in Codename: Kids Next Door, Dr. Pullum in Dan Vs., Flint in Buzz Lightyear of Star Command, Solomon Grundy, the Trickster in The Flash, Dictatious Maximus Galadrigal in Trollhunters, ShiverJack in Jake and the Never Land Pirates, Undergrowth in the Danny Phantom series, SkekTek in The Dark Crystal: Age of Resistance and Agent Goodman in Recess: School's Out.

According to Professor Paradox, Maltruant is bent on ruling all of time and existence. For achieving such a goal, he masterminded the past Time War. Fortunately, he was defeated by the end of this particular war. To ensure that he wouldn't be able to start another war and his followers wouldn't be able to find him and restored him, Paradox took him apart and hid the incapacitated individual parts of Maltruant's body throughout space and time. However, over time, Maltruant would slowly "pull himself back together," eventually reforming the majority of his body.

Events in the series

Maltruant was first mentioned by Ben 10,000 in Ben Again when his temporal beasts went on a cross-dimensional rampage.

In "Fight at the Museum", he sent Subdora and Exo-Skull to steal the "Key to Time" for him, and they succeeded in their mission.

In "It's a Mad, Mad, Mad Ben World: Part 1", he sought to repair himself and become whole again, seeking to regain control of the time streams. He hired Dr. Psychobos to help, knowing Azmuth would never assist him in any dimension. After successfully being restored, Maltruant turned on Dr. Psychobos, easily defeated Ben Prime and Ben 23, and left Mad Ben's dimension with his minions to restart the Time War, leaving Mad Ben to deal with his alternate dimension counterparts and Dr. Psychobos.

In "Let's Do the Time War Again", Maltruant was shortly seen in a pocket dimension where Eon gave him two Time Beast eggs and declared that he would win the Time War before it would even begin.

In "Secret of Dos Santos", he created portals for Subdora to get Exo-Skull and one of his components.

In "The End of an Era", he came to the time period of Ben 10,000 to steal the Anihilaarg and the Dwarf Star so he can create a more deadly weapon.

In "A New Dawn", Maltruant traveled back in time and, due to Ben and Rook's interference, stopped in 1773 where he bartered transport repairs from Vilgax in exchange for a Chronosapien Time Bomb. He then traveled back to the very beginning of the universe and snuck aboard the Contumelia's ship, where he switched their Anihilaarg with his own in order to recreate the universe in his image. He was eventually defeated and his components were scattered across time and space by Professor Paradox, thus enclosing himself in a never-ending time loop of being defeated, rebuilding himself, and being defeated again without knowing it.

Maltraunt is portrayed as an intelligent, pompous, vain, and cunning egotist who desires nothing less than eternal dominion over reality. Along with this, he is shown to be a manipulative and treacherous sadist who enjoys toying with enemies and even betraying former allies once he no longer needed their help. He is also known to brag once he feels he is about to win which has led to his own defeat before; though he admits awareness to having a big mouth at least once. His extreme egomania is proven when the he sees three alternate versions of himself when he sees the Contumelia, who resemble whatever holds the most influence over a 3-dimensional being's heart as a result of being 5-dimensional beings themselves. 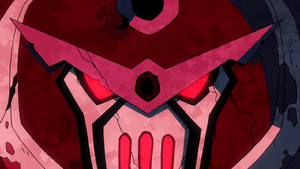 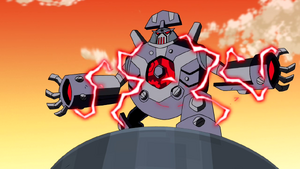 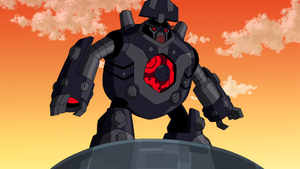 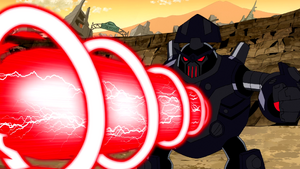 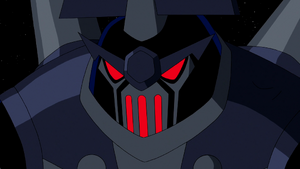 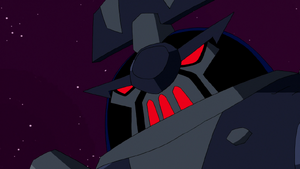 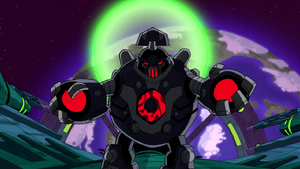 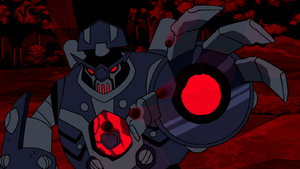 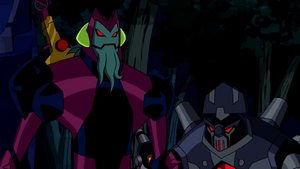 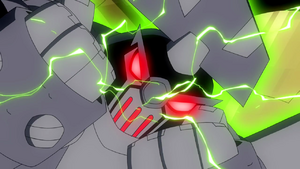 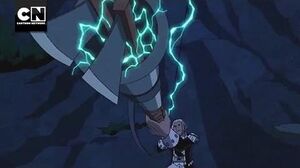 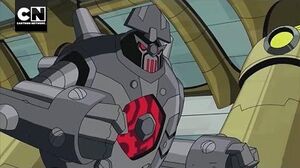