Mamitas is a villainess from the anime series Space Dandy.

After Dandy and his crew crash land on an unknown planet, they meet a beautiful young woman named Mamitas. She claims to have crash landed on the planet as well, inviting Dandy and crew to use parts from her ship to fix theirs. However, they are warned by the inhabiting alien life that Mamitas is actually the planet's most fearsome alien, the Deathgerian. Later, the Deathgerian reveals itself and eats Meow. With the aid of the secret weapon aboard the Aloha Oe, a small cruiser ship that can transform into a fighting robot, and the rancid food left behind on the ship, Dandy and QT defeat the Deathgerian. They bring the shrunken alien to the registration center, where it is accepted by Scarlet.

In her human form, Mamitas has dark eyes and past shoulder-length blonde hair that is choppy at the front. She fashions two pigtails at the back. On the side of her head is a small frilly bonnet-like hat. She also sports a black choker. She wears a tight stripy top with what appears to be an under-bust corset that is also frilly, and low riding shorts. In her Deathgerian form, Mamitas is a giant, wormlike creature covered in mouths and breasts. She apparently is of variable size when in this form - Dandy was able to carry her in a glass jar once she was defeated.

Mamitas presents herself as the archetypal 'damsel in distress'. She finds Meow and Dandy very funny when they are trying to garner her attention; they both fall for her immediately, much to QT's confusion. She will apparently eat anything and anyone, but like anyone else, she will not eat expired space food. 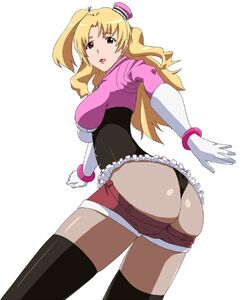 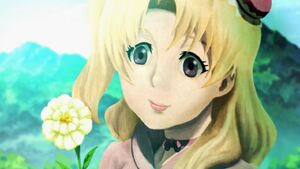 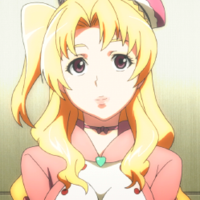 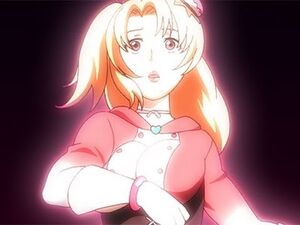 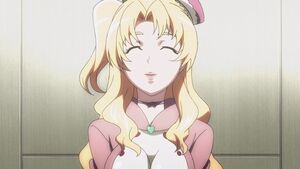 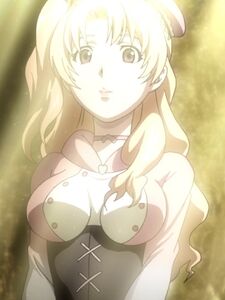 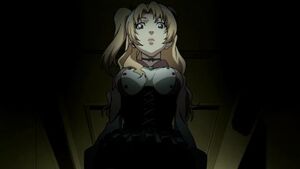 Mamitas's true form
Add a photo to this gallery
Retrieved from "https://villains.fandom.com/wiki/Mamitas?oldid=3550214"
Community content is available under CC-BY-SA unless otherwise noted.