The Tanuki Youkai with Ten Transformations

Power to disguise herself and objects by shape-shifting

Become a strong ally in the youkai forces.

Mamizou Futatsuiwa is a boss character from Touhou Project first appearing as the Extra Stage boss in Ten Desires. She is a youkai tanuki who originally lived outside Gensokyo, but she moved in to help a friend.

She originally lived with humans in a city named Sado, often lent them money and got along with them well. She however, doesn't get along with foxes and fortunately, there are no foxes in Sado.

Mamizou currently lives in Myouren Temple, along with Nue Houjuu.

Mamizou, proud of her race's esteem, is good natured; albeit with a mischievous streak. She speaks the way an old lady might and occasionally squints as if she was nearsighted. She isn't one to take a grudge, but as Marisa in her extra stage shows she has her limits of niceness. She does enjoy pulling pranks on humans and watching them be confused and flustered.

Despite being brought in as a 'trump card', she is noted to being friendly with humans, and has been seen taking on the form of a human while in the Human Village. Though she is seen in the Human Village often in human form, Symposium of Post-mysticism has stated that she does not make an effort to hide her tail, considering it a mark of her high status. 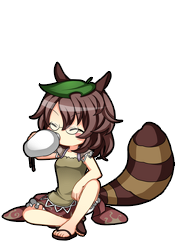 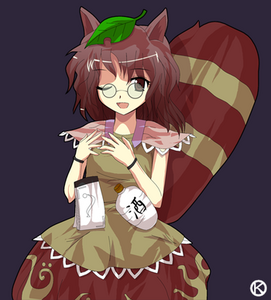 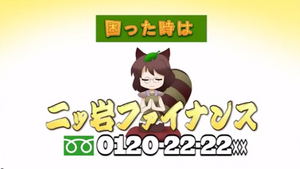 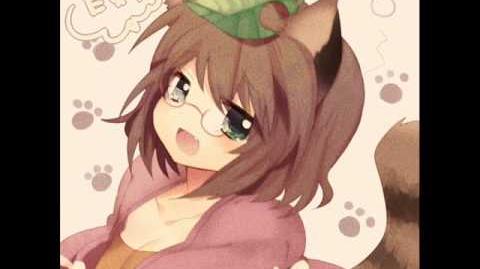 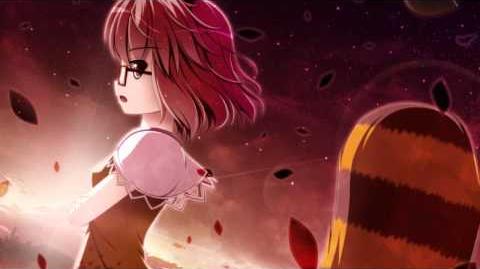 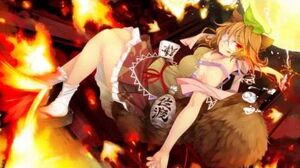