Mammoth is a recurring antagonist in Young Justice.

In the episode"Drop zone", The criminal cult of Kobras takes over Bane's venom-factory in Santa Prisca in order to create a new super soldierserum called Kobra-venom for The Light. The first test-subject of the Serum is Mammoth, who proves his strength by brutally defeating Bane.

However, the production of Cobra-venom is interrupted when The Team, the main-protagonists of the show, appears and destroys the factory. Thus, ensuring that Mammoth remains the only one of his kind.

Mammoth would reappear several times throughout the show, usually serving as Superboy's rival because of his kryptonian-like strength. 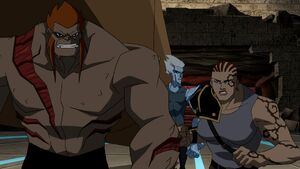 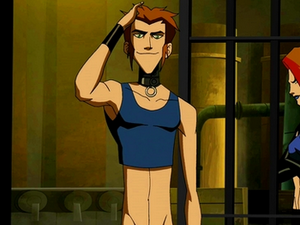