Leader of the Jabari Tribe

Overthrow Black Panther and take over Wakanda as the new king (failed).

The Man-Ape is a recurring antagonist in the comic book series Black Panther. He is the leader of the Jabari Tribe, said to be one of the greatest warriors in Wakanda, second to Black Panther.He is the third arch-enemy of Black Panther the others being Klaw and Erik Killmonger .

M'Baku was known to be the greatest warrior in all of Wakanda, next to the Black Panther. Seeking to best the Panther, he disobeyed the Panther tribe's ban of the White Gorilla cult, and M'Baku hunted and killed a rare white gorilla for the ceremony. He ate the gorilla's flesh and bathed in it's blood, giving him the mystical powers of the creature. Now empowered with superhuman strength, stamina, and reflexes, the Man-Ape challenged the Black Panther to a fight for the kingdom of Wakanda. M'Baku wanted to get rid of the Panther's introduction of technology in Wakanda and return it to it's primitive ways. They fought, and eventually Man-Ape won, but was foiled when the Panther crumbled a large statue on top of him.

Man-Ape survived, and later joined Grim Reaper's Lethal Legion to fight the Avengers and take vengeance upon the Black Panther. They were beaten however, and Black Panther decreed that he was no longer allowed in Wakanda without facing execution. Man-Ape once again joined the Lethal Legion, and later the Masters of Evil.

M'Baku is a recurring character in the Marvel Cinematic Universe, portrayed by Winston Duke in his film debut. However, this particular version of the character is portrayed as a hero rather than a villain, and does not use the Man-Ape alias (due to racial implications, according to the producers of the film). 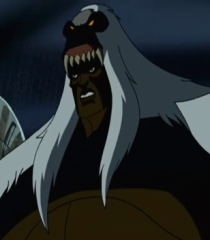 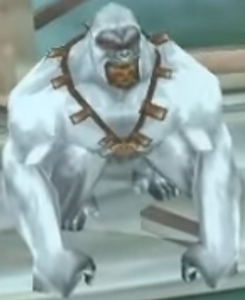 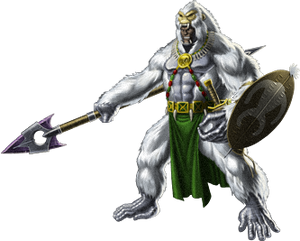 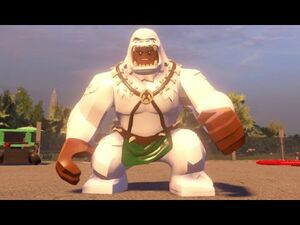 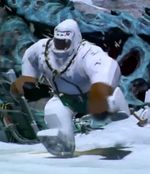 Man-Ape as he appears in Black Panther, portrayed by Winston Duke 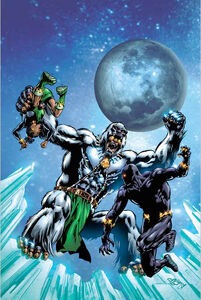 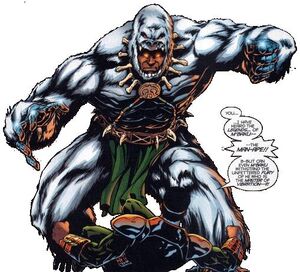 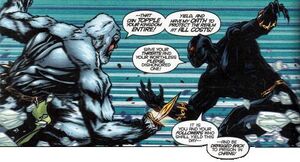 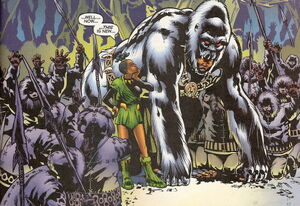 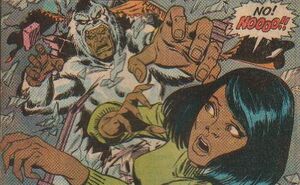 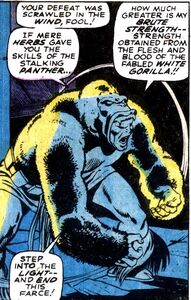 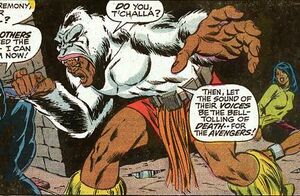 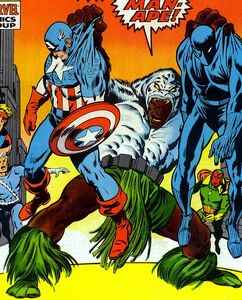 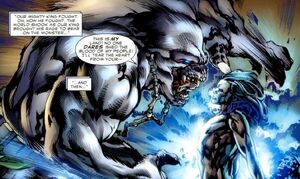 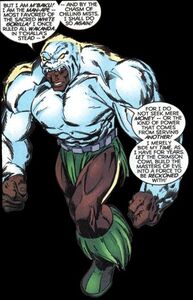 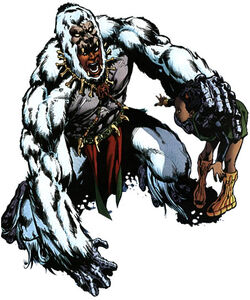 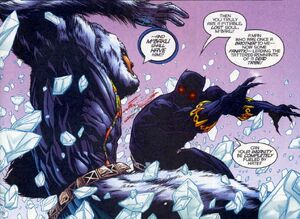 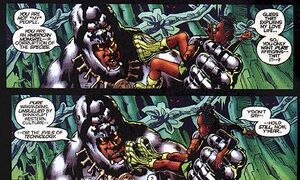 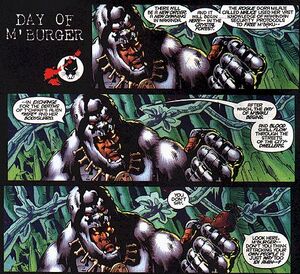 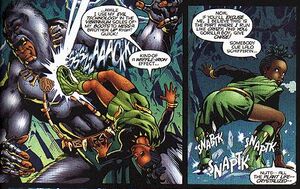 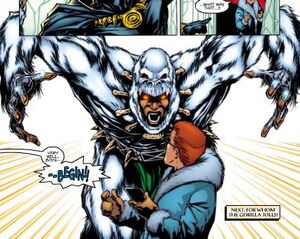 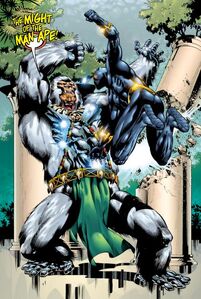 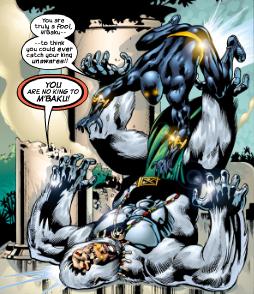 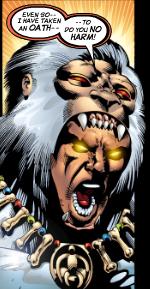 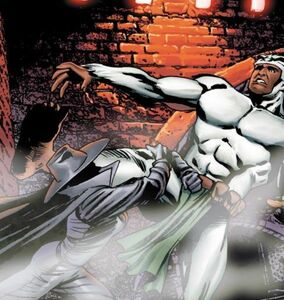 Retrieved from "https://villains.fandom.com/wiki/Man-Ape?oldid=3574497"
Community content is available under CC-BY-SA unless otherwise noted.