Soaring the skies of Gotham.

Spending time with his wife (formerly).

To create a cure for deafness (failed)

Tragic Mutated Doctor
Dr. Kirk Langstrom, known as Man-Bat after his mutation, is the main antagonist of the Creature of the Night Most Wanted mission in the 2015 videogame Batman: Arkham Knight. After an experiment went wrong, Langstrom mutated to a humanoid bat, no longer able to control his actions.

He is voiced by Loren Lester.

After Alfred has run the analysis of the blood he contacts Bruce, claiming that while it is heavily mutated he found a partial match, Dr. Kirk Langstrom. He tells Batman that Langstrom and his wife leased a basement laboratory in Chinatown and sends him the address.

Arriving at the laboratory to search for clues, Batman finds the laboratory in ruins. A television is still running and on it Batman sees Langstrom with his wife Francine, talking to a camera to record Langstrom's experiments. Through the footage, Batman finds out that in hope to find a cure for deafness, Langstrom merged the DNA of a vampire bat into the human chain. The footage then shows Langstrom using his cure on himself, as he was growing deaf and did not want to endanger anyone else. However, shortly after being exposed to the cure, Batman hears Francine scream and dropping the camera, falling to the ground moments later, dead, while something screeches in the background. The footage then fades to black. Batman also finds Francine's corpse in the basement and after analysing it, deduces that Langstrom had no idea what he was doing. Using the computer where Langstrom stored all his data, Batman is able to create an antidote.

To save Langstrom, Batman searches the skies of Gotham for Man-Bat. After finding him, he glides on top on Man-Bat and forcefully injects the cure into his bloodstream. However, he is not able to inject enough of the antidote before Man-Bat shakes him off and takes off again.

During the events of the game, Man-Bat needs to be injected with the antidote thrice. After the third time, Man-Bat faints and Batman brings him into an isolation chamber at the GCPD, planning to keep him there until the cure works. Arriving at the GCPD, Batman sees that Langstrom has turned back human but locks him up nonetheless to be sure.

After he has regained consciousness, Kirk asks Batman where Francine is. Batman tells him that Kirk killed her. Though he tries to make clear to Langstrom that he had no control over what he did, Kirk devastatedly drops to the ground, crying uncontrollably.

If the console date is set to Halloween 2015, Batman can return to the GCPD to see that the glass of the isolation chamber is broken and Langstrom is gone. Talking to a nearby guard reveals that Langstrom turned back into the Man-Bat, smashed the glass and escaped. 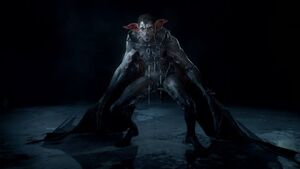 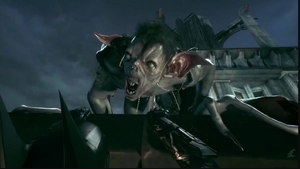 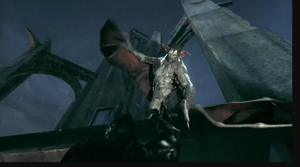 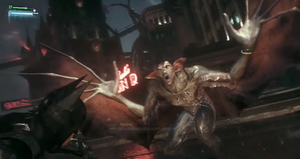 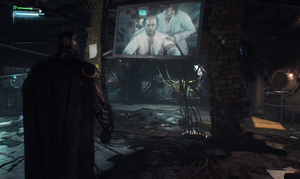 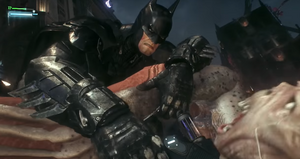 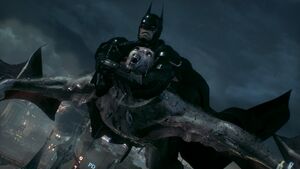 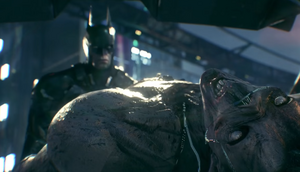 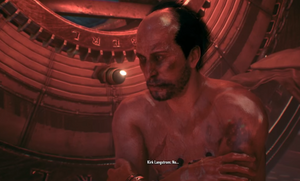 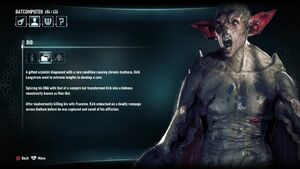 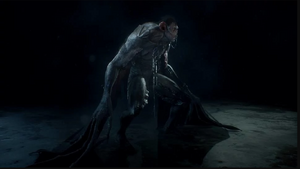 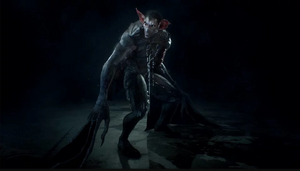 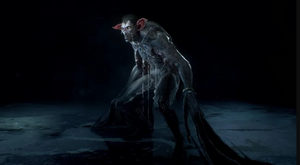 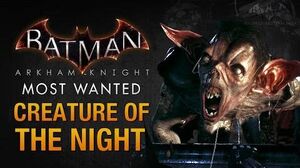