Exacting vengeance upon the living for their deaths

Punish the living for their untimely deaths.

The Mancer Demons (manteia - "divination" in Greek) are demonic wraiths with elemental magic and enemies in Devil May Cry 2.

These evil spirits were originally the the souls of those who had been condemned as heretics for practicing the magic arts, especially witchcraft. Now those spirits returned from beyond the grave only to punish the living for their deaths.

The Mancer Demons appears as skeletal creatures in a hood and a cape with staffs that has hands on top of them.

Pyromancers (from Greek pyro - "fire") use pyromancy, the elemental magic of fire and mastery over flames to attack opponents and burn their prey with fiery whirlwinds. Those sorcerers often appeared in front of their victims and enemies alike and thus wreak such fury upon them.

Auromancers (from "Aura", the Greek goddess of the breeze) use aeromancy, the elemental magic of air and the mastery over the element of wind and each of these conjurors seemingly summons an aura and projectiles to use as a means of attack. The aura projectiles do the same as those yellow ones summoned by the Goat Clansmen and they would certainly chase you. They also uses auras as sheilds to protect themselves.

Brontmancers (from Greek brontes- "thunder") use electromancy, elemental magic of electricity and the mastery over the element of lightning and their own dark magic to randomly and erratically attack their enemies without mercy. These warlocks unleashes swirling orbs of lightning and the power of thunder bolts from their staffs to strike down their prey whenever they are. 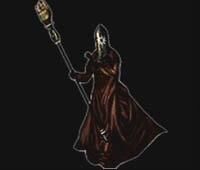 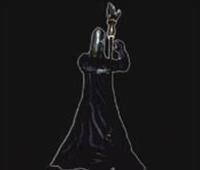 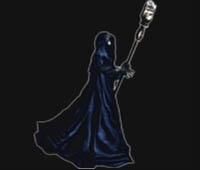 Retrieved from "https://villains.fandom.com/wiki/Mancer_Demons?oldid=4142959"
Community content is available under CC-BY-SA unless otherwise noted.