To be the smartest person in the world, be better than Dexter, marry Dee Dee and rule the world.

Susan "Mandark" Astronomonov is the main antagonist of Dexter's Laboratory. He is Dexter's arch-nemesis.

He was voiced by Eddie Deezen.

Mandark is a tall boy with a black bowl-cut hairstyle that lays around the top of his head like a helmet. It has a white shiny glare on it and an M shaped opening at the bottom. This hairstyle was passed down to him by his father, Windbear, which was also passed down to his little sister, Lalavava. Mandark has a head that is big at the top and gets skinnier at the bottom near his neck. He has nerdy glasses which look exactly like Dexter's and he wears a white dress shirt, a yellow tie with black stripes, blue shorts, and brown shoes.

Mandark is an evil, greedy, arrogant, diabolical, cunning, and malevolent, and unscrupulous boy genius who is bent on the destruction of Dexter's Laboratory and ruling the world.

He is an incredibly fraudulent, intelligent, and manipulative individual who, when first introduced, was leagues ahead of Dexter in terms of knowledge and accomplishments, but after having his lab and heart destroyed by Dexter and Dee Dee, his scientific skills became far less impressive than Dexter's, likely due to the mental trauma of seeing his greatest works completely destroyed and having his first love be used against him.

Ever since, Mandark has always been one step behind Dexter and has done all he can to get the better of his rival and prove once and for all that he is the superior boy genius, but every time he tries to, he always ends up failing horribly. After Mandark's laboratory was destroyed, he eventually built a new one to resemble the old, but eventually he remodeled his lab and gave it a more darker and Gothic-look, with many of the machines being replaced with bio-mechanical equipment; apparently meant to represent Mandark's growing evil nature, which was a result of his ever growing hatred for Dexter and his constant failures.

His dark desires and evil ego continued to grow throughout his life, and by the time he reached adulthood, he became a full-blown supervillain who desired the complete take over and enslavement of the planet. It is implied that Mandark's dark nature is due to living a lonely life, as mentioned in "Mandarker", where he states that he has no friends or hobbies and the only thing he had in life was his lab and experiments. Eventually though, Mandark would gain an interest in surfing after "Sun, Surf, and Science" and gained his first real friend in the form of the Surfer Boy. In seasons 3 and 4, Mandark's motives and personality were drastically changed, with the story implying that he had always been villainous even since his birth and always had the Gothic motif he had in said seasons.

However, there is another side to Mandark's personality, which is his intense love for Dee Dee. Ever since he first laid eyes on her, Mandark has been completely enamored with her to the point of obsession and whenever he is not focusing on his evil plans or hatred towards Dexter, he only thinks of his beloved Dee Dee and dreams of what kind of relationship they would have.

Despite this, Dee Dee has shown no interest in Mandark and at times seems to outright hate him or look down on him, and barely ever shows any friendly and compassionate feelings towards him, but regardless, Mandark's love for her remained unchanged throughout the series and he continued to love her unconditionally. In fact, even when Mandark was completely corrupted and became the evil and heartless Overlord Mandark in the future, the one thing that remained unchanged about him was his eternal love for Dee Dee, which is without a doubt a permanent trait of his personality that would stay with him even in his later years.

It was this love that would eventually lead to his own defeat in the future. Regardless, Mandark continues to love Dee Dee above all else; caring more about her well-being than even Dexter at times, with Mandark continuing to love her even when she destroyed his future empire while Dexter instead wanted her destroyed for taking the glory from him.

He is in many ways the Anti-Dexter: while Dexter is an incredibly knowledgeable knowledge with an otherwise ordinary life. Mandark is an openly fiendish inventor who is not motivated so much out of curiosity as he is greed, hate and outright malevolence. He share some certain similarities with his younger sister and they are both the opposites and rivals of Dexter and his sister Dee Dee, the latter he is madly in love with.

Mandark takes great joy in inflicting misery on Dexter but due to his obsessive love for Dee Dee, Mandark has at times allied with Dexter - though these unions are rare and doomed to failure due to the two having very different views on the world.

Mandark is arguably seen at his most evil during the one-hour special episode/mini-movie known as "Ego Trip" in which he progressively grows worse in variant futures: to the point of becoming an outright monster by the end of the movie who engages in a "final showdown" with his nemesis, aided by an entire army of variant Mandark's from many different time-lines.

Mandark was born in the peaceful land of Flowertopia where his idiotic hippie parents Oceanbird and Windbear were in a lake giving birth to him. With Oceanbird's last breath of maternal exhalation, she had finally brought her new born lovechild into the world. They both wanted their son to be good and just like them. But, as soon as he was born, he was struck by a random bolt of lightning, which made him truly evil on the inside.

Later, Oceanbird and Windbear were up on top of a hill where they thought about what they would name him. Oceanbird and Windbear named their child Susan because Oceanbird had requested a name without the preconceived gender connotations. The moment the two of them named him Susan, he started crying. Oceanbird and Windbear started teaching him all about their hippie beliefs and made him do it with them. Their full intent was for him to be a good and pure flower-child and for him to believe in peace just like them. Susan however, was still truly evil on the inside and didn't like this. Just then, Susan came across a metal gizmo on the ground. He loved everything about it and was mesmerized by how great it was. He turned it on and it was a light bulb. Susan wanted to know everything about this and to be someone who is related to science. However, his plans for said thing would have to wait, because Oceanbird and Windbear had a different idea for his development.

Oceanbird and Windbear constantly kept doing hippie rituals with him. Activity after activity and he didn't like any of them and always tried to be evil. They tried making him hug trees, but he ate them. They tried painting beautiful murals, but he painted demonic horrors, and they tried balancing amethysts. Years after, on Susan's 8th birthday which they ironically address to as his annual name day, Susan finally snapped because he couldn't take anymore of this. He said he was done with this. He wanted meat, and he wanted science. Oceanbird and Windbear came to the realization that they were neglecting their sons needs and then had the idea to drop out. They tried traveling the world to try and cure his craving for evil and technology and Susan went along with this and did not deny it. Even though he wanted to become good, he still had the need to be evil.

Oceanbird and Windbear moved out of their town and into the neighborhood where Mandark lives now. Susan tried to make friends with Dexter but he laughed at him for being girly. Susan was so angry about being made fun of that he decided to become an evil genius named Mandark. Mandark became evil and wanted only to destroy Dexter and his laboratory too. Mandark even went out and did so after he told the story but when Mandark was about to get to the door, Oceanbird and Windbear stopped him so he could put down the weaponry and do hippie rituals with them. Mandark said that even though he was here with Oceanbird and Windbear now, he would get his revenge on Dexter someday. 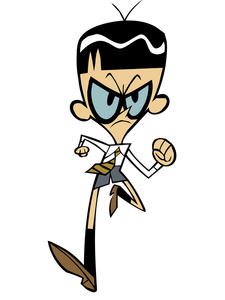 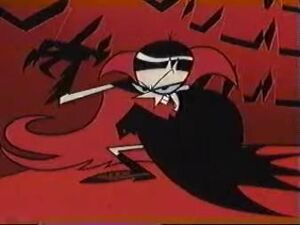 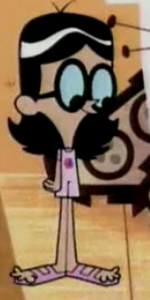 As he appears on the left of the Dexter's Rival Logo 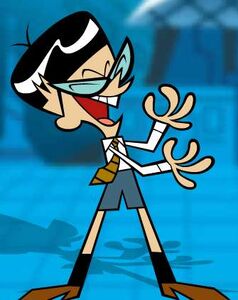 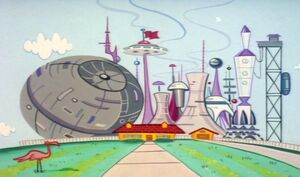 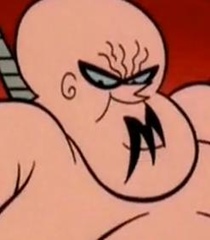 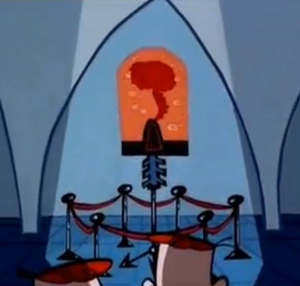 Mandark's final defeat.
Add a photo to this gallery

Retrieved from "https://villains.fandom.com/wiki/Mandark?oldid=3021615"
Community content is available under CC-BY-SA unless otherwise noted.