Winx Club: The Secret of the Lost Kingdom

Keeper of the Obsidian Circle

Kill Bloom and her friends.

Destroy the Flame of the Dragon forever (both failed).

Mandragora is the main antagonist of Winx Club: The Secret of the Lost Kingdom. She is the keeper of the Obsidian Circle, the portal to Obsidian, but corrupted by the dimension's darkness and locked inside as well. She is now the horrible witch at the service of the three ancestors, her wickedness is not less than to that of her masters.

She was voiced by Carolyn Lawrence.

Mandragora's goal is to find the source of the dragon fire, then destroy it. When the sword of Oritel awakes again in the Obsidian dimension, the three witches give Mandragora more power so that she may escape from the Obsidian Dimension and search for the keeper of the Dragon Flame who woke up the sword. First arriving Domino, where she senses the presence of the keeper of the Dragon Flame, she sends one of her insects to bite Riven, thus injecting a poison in him which enabled her to control him. Later she attacks Alfea, almost destroying the school for fairies.

Finally, with the Winx, Faragonda is able to defeat her and send her back to the Obsidian Circle. However, having found the keeper of the Dragon's Flame and learned her name when Faragonda called Bloom by her name before banishing Mandragora back to Obsidian. She informed her mistresses, who immediately hatched a plot to destroy Bloom, Domino, and steal the Dragon Fire. Finally, when the Winx and the Specialists arrived at Obsidian, Mandragora attacked the boys and, manipulating Riven, cause him to remove the key from the lock of the Obsidian dimension, therefore blocking the Winx, minus Musa, inside the dark Dimension, and the Specialists and Musa outside it.

Still under her control, Riven attacked Sky, causing Musa to be harmed in an attempt to save Sky. With nearly all of her enemies disarmed, she trapped the Specialists, except Riven, in traps made of a jelly-like substance. Riven, seeing an injured Musa on the ground, remembered his love for his beloved fairy, and the poison of Mandragora's insect was forced out of his body by his sorrow. He then attacked Mandragora, freeing the other Specialists, and all the Specialists destroyed Mandragora's insects. At the same moments, the Ancestral Witches called Mandragora back to help them. Her three mistresses possessed her in order to be able to harm Bloom, but Sky, ran the magic sword of Oritel through her, while Bloom used her Dragon Fire to burn her, finally killing her, defeating (and unknowingly freeing) the Witches and destroying The Obsidian Dimension.

From Mandragora's reactions, those of the Three Ancient Witches and of the members of the Company of Light, it can be presumed that she was together with the Ancestral Witches and Valtor during the destruction of Domino, as she seems to closely know Faragonda, Hagen, as well as other members of the Company of Light. Moreover, Faragonda and Hagen also mention her by her name, and seem to have much knowledge about her. She probably used to be a server of Lord Darkar like the Ancestresses. 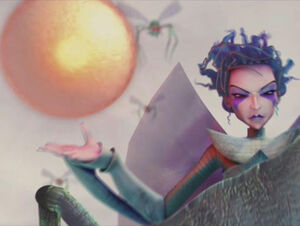 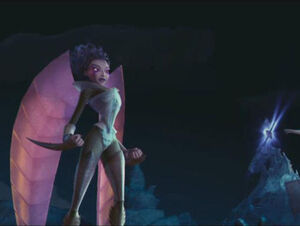 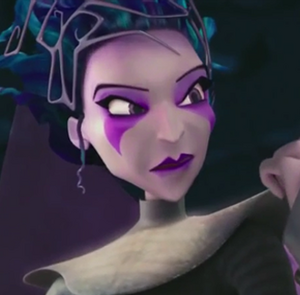 Mandragora's last moments.
Add a photo to this gallery

Retrieved from "https://villains.fandom.com/wiki/Mandragora?oldid=4287563"
Community content is available under CC-BY-SA unless otherwise noted.